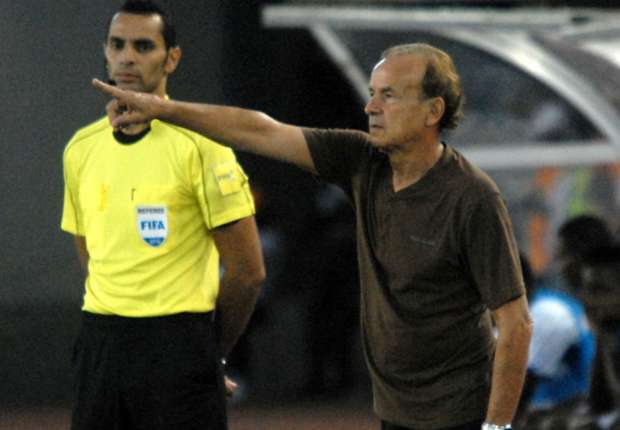 Coach Gernot Rohr has assured that Nigeria will defeat Cameroon in their Russia 2018 World Cup Qualifying encounter in Uyo on September 2.

The Super Eagles handler has seen his side march to the summit of Group B with wins against Zambia and Algeria gifting them six points.

And he has stated that the presence of the ‘12th man’ at the Uyo Township Stadium in the encounter against the Indomitable Lions will help his side continue their superb run of form.

“Cameroon have a good team too, we will see them in AFCON but some of their players are not going to Gabon. And I hope in Uyo, with our 12th man, which is the fans, I am sure we will win the game,” Rohr told media.

“It will be difficult, just like against Algeria and Zambia. But we have the players to do it.”

The former Gabon gaffer also spoke on how he overcame adversities to deliver positive results against the Chipolopolo  and the Greens.

“Before the game against Zambia, the talk was that Nigeria had never won in Zambia but we went there and won.

“I am here to make history and I am confident we will beat them in Uyo, I am convinced of that because we have a better team,” he concluded