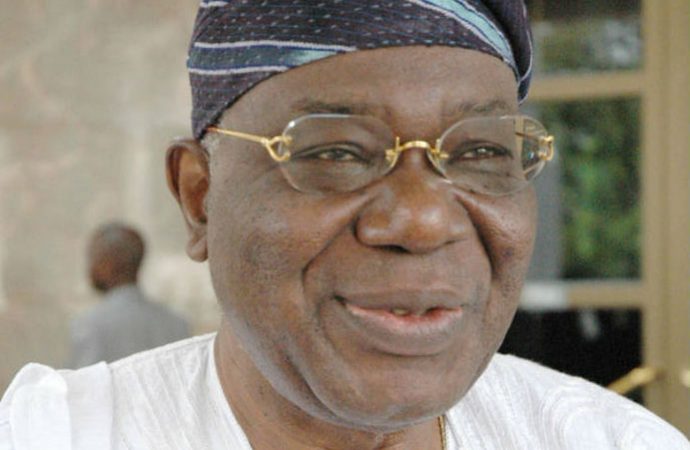 Ogun state government on Tuesday evening denied the rumoured demise of Ernest Shonekan, former Head of Interim National Government of Nigeria, saying the rumour is far from being true.
BusinessDay reports that the news of the death of former Head of Interim National Government of Nigeria who succeeded Ex Military President Ibrahim Babangida in 1994 after the Military Government had failed to hand over government to Moshood Kashimawo Olawale Abiola, acclaimed winner of 1993 Presidential Election, adjudged to be most credible, freest and fairest election in the country.
Although, attempts by several journalists in Abeokuta, the country home of Ernest Shonekan, whose his mansion is a stone throw distance to Ogun NUJ Secretariat, Iwe Irohin House, along the popular Oke-Ilewo road in Abeokuta to confirm the authenticity of the news were futile as nobody could ascertain it, the call from Ogun state government showed that the man is alive.
A telephone call from the Secretary to the State Government, Taiwo Adeoluwa, on Tuesday evening indicated that the former Head of Interim National Government of Nigeria is hale and hearty as the government says, “It is a lie from hell. Baba is alive.
Earnest Sonekan is alive – Ogun Government was last modified: October 23rd, 2018 by Reporter