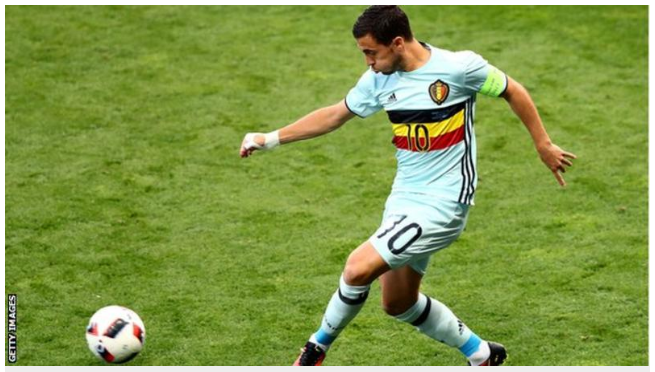 Belgian star, Eden Hazard has broken his right ankle on Sunday while on international duty for his home country and will have surgery afterwards.

It is understood the 26-year-old is now back at Stamford bridge, in Chelsea’s care.

Hazard will miss Belgium’s friendly on Monday against the Czech Republic and their World Cup qualifier against Estonia on 9 June.

The extent of his injury has not been revealed but it has been reported he will miss the start of next season.

The Belgian Football Association had confirmed on Twitter that the playmaker twisted his ankle and subsequent scans revealed a fracture.

He still has three years to run on his contract at Stamford Bridge but has been linked with a move to Real Madrid.

For A 63-Year-Old, Beyonce’s Mum Has A Banging Body!