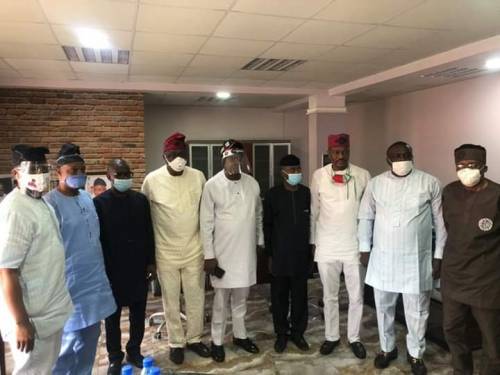 Not less than N189 million has been generated by the Peoples Democratic Party (PDP) from the aspirants who purchased the expression of interest and nomination forms for the Ondo State governorship election.

The party had collected N21 million each from the aspirants to purchase the nomination forms for the forthcoming election.

According to the party, the governorship nomination forms cost N20 million while N1 million was fixed for the expression of interest form.

It was gathered on Thursday that nine aspirants of the party collected the forms to contest the governorship primary.

The 21 million naira collected from each of the 9 governorship aspirants of the party thus amounted to N189m.

The governorship aspirants are expected to undergo screening at the party’s national secretariat today.

The party had on Wednesday appointed the immediate past Speaker of the House of Representatives, Mr Yakubu Dogora, to chair the four-man committee that would screen the aspirants for primary.

The governorship primary of the party had been fixed for July 22, 2020. It will be recalled that the party had also adopted the “indirect primary” to elect the candidate.

The national leadership of the party has assured Nigerians that the party would give a level playing ground for all the aspirants to contest the election.

Zadok Akintoye, the spokesperson for the PDP in the state, who spoke in a chat with SaharaReporters on Thursday, said the party was prepared for a free and fair contest and would elect a good candidate that would win the forthcoming election.

READ ALSO: UAE POLICE HANDS OVER HUSHPUPPI TO THE US