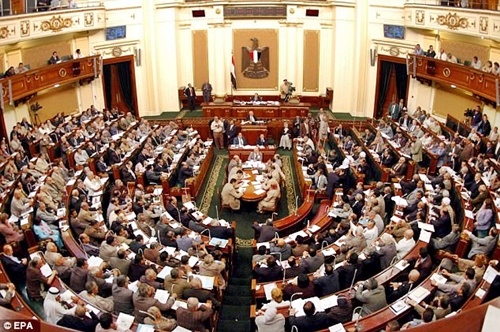 Egypt threatens to jail parents who give their children Western names such as Mark and Lara because ‘abandoning Arabic ones will radically change society.’

According to a report by Dailymail, parents in Egypt could soon be sentenced to six months in jail for giving their children ‘Western’ names such as ‘Mark’, ‘Lara’ and ‘Sam’.
A draft law banning the use of ‘foreign names’ was introduced by MP Bedier Abdel Aziz and discussed by his country’s parliament on Tuesday.
Abdel Aziz said the punishment for disobeying the law should be a fine of between about £40 and £220 or a maximum jail sentence of six months.
‘Using such Western names and abandoning Arabic ones will lead to an undesired and radical change in our society and culture,’ he was reported as saying, adding: ‘Our sons will no longer be connected to their true identity.’
The MP also said that non-Arabic names are difficult for Egyptians to pronounce.
The proposal was met with scorn on social media, with many suggesting it was an extremely trivial matter not worthy of discussion in parliament.
Writing on the Egypt Independent Facebook page, Nadine Niedt said: ‘People can’t feed their families and this helpless freaks have time to discuss the ban of Western names? Seriously?’
Another, Margaret El Ansari, said: ‘There is definately a lot more pressing matters that need to be addressed than what name you call your child!’
Egypt Parliament Threatens to Jail Parents Who Give Their Children Western Names was last modified: June 14th, 2017 by Arinze Ago