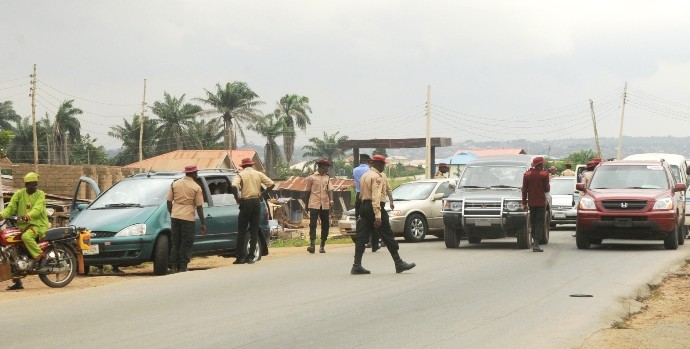 The Sector Commander of the Federal Road Safety Corps in Ogun, Clement Oladele said two persons died and many others injured in separate accidents on the Lagos-Ibadan expressway in Ogun State on Eid-el- Fitri day.

The first crash occurred around 4:52 am on the Lagos–Ibadan Expressway at AP petrol station at Sagamu.

He said the accident which involved an Iveco truck marked KTU 565 XW, was as a result of speeding.

The FRSC boss explained that the injured and the dead were taken to Olabisi Onabanjo University Teaching Hospital, Sagamu.

Oladele stated that the second crash occurred about 3:54 pm on the same expressway at Ogumankin and it involved a Toyota Hiace bus with registration number LND 626 XR

He said that the accident was caused by reckless driving and wrongful overtaking, adding that the bus hit a barrier and somersaulted.

Six persons, he said, were injured while one woman died in the accident.

He said that the injured victims were taken to Idera Hospital, Sagamu, while the corpse of the dead was deposited at FOS Morgue, Ipara.

“Motorists should, therefore, expect traffic to build upon the Lagos–Ibadan expressway and other corridors following the celebration of the Eid-el-Fitri and with several motorists returning back to resume work,” Oladele said.