Elbow Injury Rules Djokovic Out Of Tennis Till… 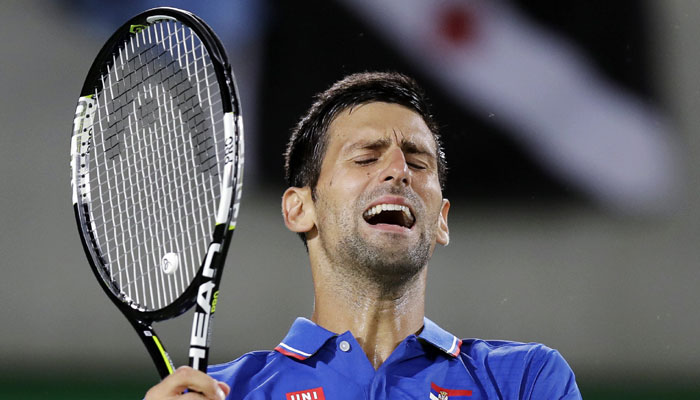 Twelve-time Grand Slam champion Novak Djokovic will not play again in 2017 because of an elbow injury.

He said then he had suffered an elbow problem for over a year and a half.

“Professionally this is not an easy decision for me, but I’m trying to look at the positive side,” said the Serb, who is currently world number four.

In July, Djokovic won the Aegon International in Eastbourne – his 68th title but his first since January.

He suffered a shock defeat by world number 117 Denis Istomin at January’s Australian Open, where he was defending champion, and then lost his French Open crown when he was beaten by Dominic Thiem in the quarter-finals in June.

Djokovic said he would spend the time building up his fitness and strength, as well as working on areas of his game he felt needed to be improved.

“I want to play professional tennis for many years to come,” he added in a message on his Facebook page.

It means Djokovic will miss the US Open, which starts at Flushing Meadows on 28 August, and where he was a champion in 2011 and 2015.

His absence from Flushing Meadows ends a run of 51 consecutive appearances at Grand Slams.

“All the doctors I’ve consulted, and all the specialists I have visited, in Serbia and all over the world, have agreed that this injury requires rest,” said Djokovic.

Elbow Injury Rules Djokovic Out Of Tennis Till… was last modified: July 26th, 2017 by Damilare Salami