Home Entertainment I Had An Encounter With God Just Before I Turned 50 Showbiz Guru, WALE OLUWALEYIMU’s 50th Birthday
Entertainment 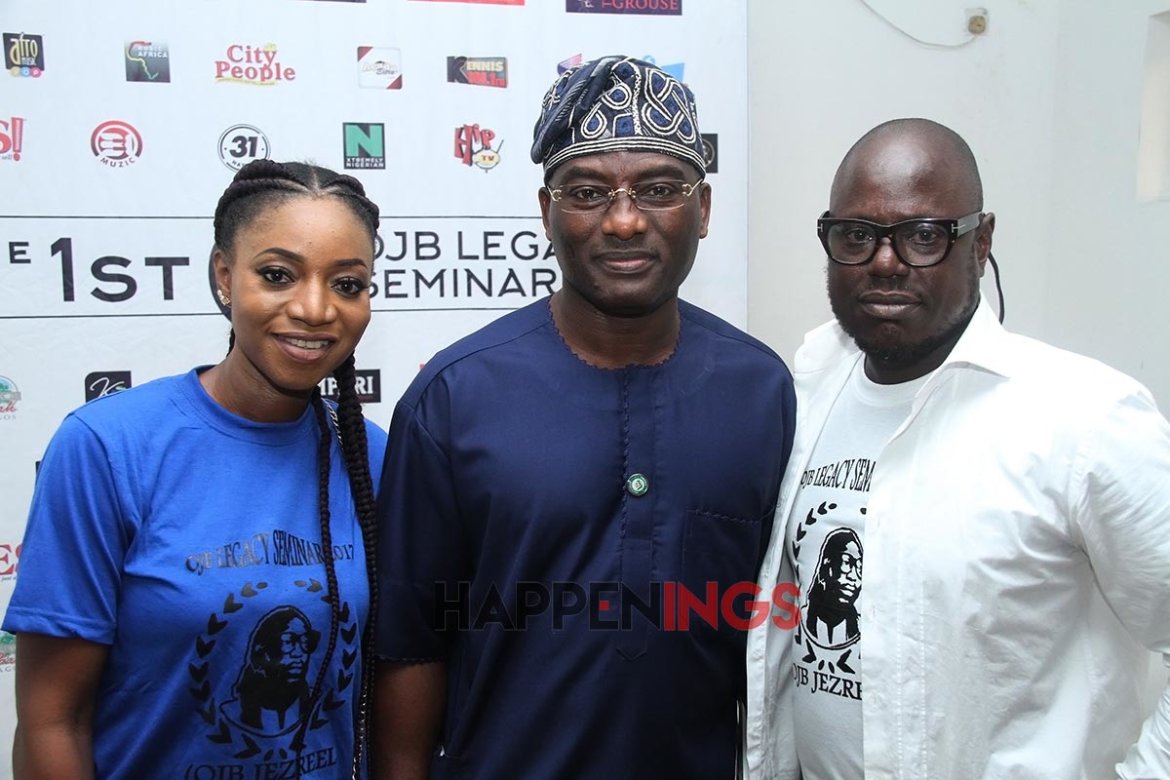 Wale Oluwaleyimu is a big name in the entertainment world. Over the last 20 years, this ebony complexioned guy had worked with so many music acts. His strength is backstage, where he usually calls the shot. He is good at directing shows and concerts and loves to make sure the event flows as planned. This passion has seen him interact closely with hundreds of music acts who have today grown to be stars. Many only see him but don’t know his success story. He turned 50 a few days back and he spoke to City People Publisher SEYE KEHINDE about his life and his close shaves with death. Below are excerpts of the interview.

You turned 50 a few days ago. What went through your mind as you turned 50?

I was just grateful. That was on Wednesday 5th of July. I was extremely grateful because in the course of my 50 years I had seen so much that I knew that for me to be alive, is only by his grace.

I have burried many friends. A good friend of mine, OJB, who shared the same birthday with me, (his is on the 4th, mine is on the 5th) was buried last year. Before his, we both buried another friend of ours, Nomoreless and also in the past years, I have met death so many times. I have been attacked by armed robbers 3 times. This my left leg is broken into 2. I have an implant in it. The only thing I can say is that, for me to be 50, I think I am lucky, going by the kind of job I do. I am an Events Planner. I am a showbiz person. I do events for people.

So, I get to events before most people. And most of the time I strike. Striking is after the event we have to bring everything we have assembled down neatly, without destroying anything at the venue. So that by the time we are leaving the venue we are as good as done.

By the time people leave a show by 11pm or 12 midnight we are still there packing sometimes till 3am.  By the time I leave I am tired and so many times I have nearly crashed into trailers parked on the road.

A day before my 50th birthday, I was home alone and all I could do was to play a lot of gospel music and worship God. When I woke up on my birthday, I was woken up by a phone call at 6am by one of my sons, Biodun Osibonusi and he started praying for me. I nearly cried. I didn’t understand why God loves me this much.

It is very emotional for me. I look back at the life I have lived, I see myself as someone who should have been dead a long time ago. Its only God.

I was born in Ikeja in Lagos. I grew up in Ikeja. I studied in different schools from Maryland Comprehensive School to Federal Government College, Kaduna. I also went to U.I. I went to UK for a while, then I came back and joined the Entertainment Industry. My journey with entertainment was actually a flirt. I got it from my father. My father used to own a night club in those days. It was one of the few night clubs that Lagos had in those days. He used to take Sunny Ade, Obey and IK Dairo about. And he used to promote them for shows. Sunny Ade was the one that actually played at my naming ceremony. That is why till tomorrow he still calls me son.

The first event I did was in 1990 at the National Stadium. A lot of big artistes came from all over the world. Then in 1992, I was part of the Music Awards in Abuja. I enjoyed it and I actually decided I wanted to stay and be part of this industry. Apart from the fact that I had a flair for it from when I was in school, I did a lot of shows for my secondary school. It has been in me for a while.  That was actualy the beginning of what I am today.

What has kept you going in the music and showbiz industry?

Passion for what I do. Initially there was no money in it but yet I continued. Its because I like what I do. And when you love what you do, keep at it, money will come eventually. I am comfortable. I am not a beggar. It could be better. Passion is what  drives me. I have been in this entertainment business for 30 years this year.

So how do you see the evolution of the industry since you got into it 30 years ago, in the days when the Plantashun Boyz and Daddy Showkeys started…

Its been a big evolution. I was there in the 90s. I joined FAJ, Mayor, Kunle to do the FAME Music Awards. That event changed the phase of the entertainment industry. It showed we had talents. Right now a lot of hackers have hacked into the industry and many of them are not truly creative. They went into it becuase they can see that there is money in it. There is no passion. That is why we are having one offs. A lot of people just want to sing now because they can see that there is money in it. When I listen to music these days I see a lot of wishy-washy songs.

Its a messy situation. Interestingly, some of these funny songs are the songs that are really commercially viable. And those artistes are the ones a lot of blue chip companies are working with. But again, its understandable.

As we complain, I am happy to see a lot of young and brilliant people coming into the industry. We are going to get there Nigerian music industry will get there.

What has life taught you at 50?

Haa! That I can’t do it on my own. I have tried to do a lot of things on my own and it didn’t work. Last year was really, really tough. I had an encounter with God. I actually had a fight with God. I had a break down and I expected my Christian brothers and sisters to give me support and I didn’t get the support. That is the human in me talking. I said to myself: why do I want God in my life. I don’t need God. Eventually, God himself arrested me by taking me out on a Sunday and I passed in front of a church and I stopped my car at that church and I walked into the church, after a long time that I have been to a church. And I broke down. I started crying after the Holy Spirit touched me and I re-dedicated my life to God that day.

That was on the 8th of January this year. So for me, God has touched me. God has shown me that there is nothing you can do as a man if you do not have God. I do not believe in any Pastor any more.

I do not want to believe in any man again.

I Had An Encounter With God Just Before I Turned 50 Showbiz Guru, WALE OLUWALEYIMU’s 50th Birthday was last modified: July 17th, 2017 by Seye Kehinde