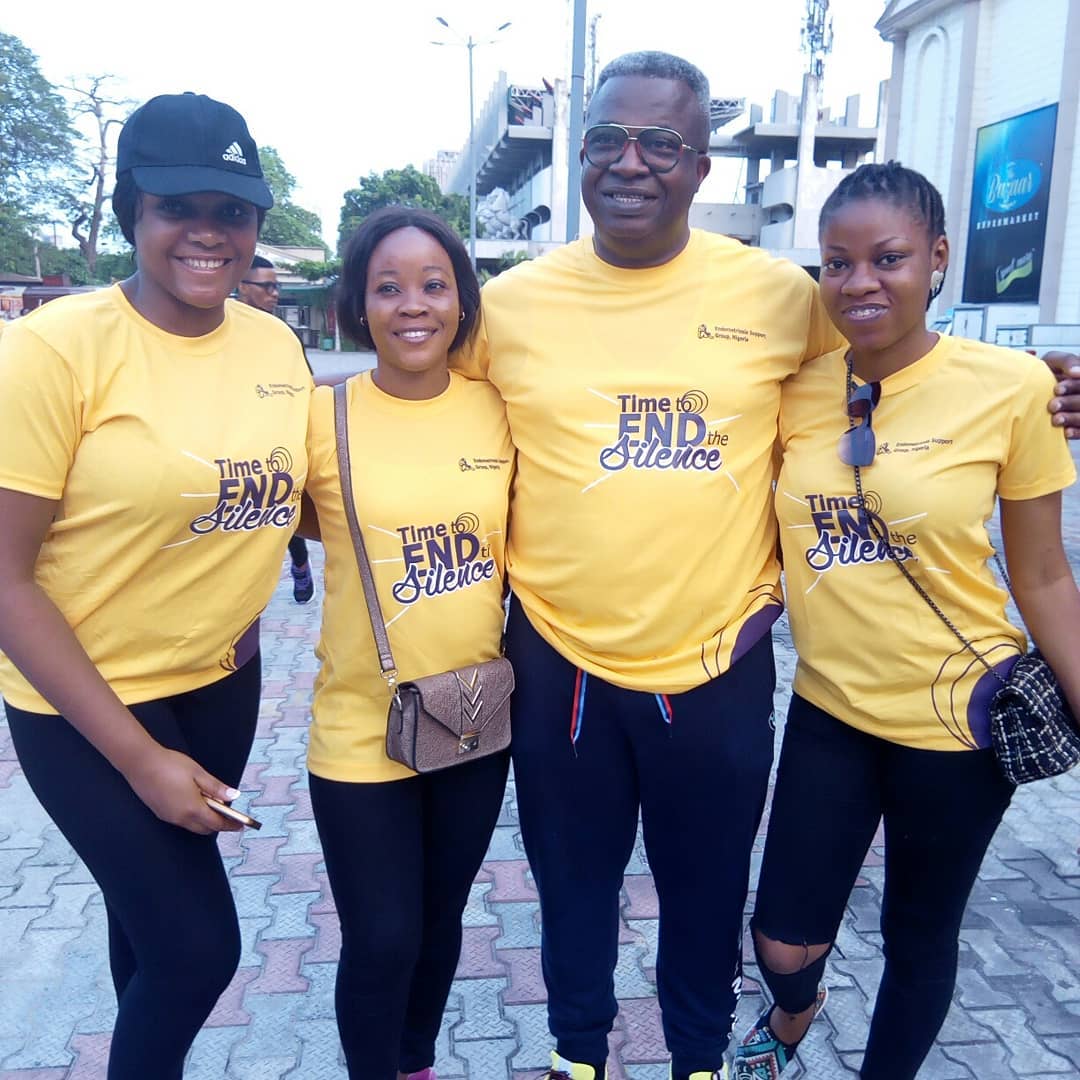 The awareness walk started at 7 am on the Saturday 16th March 2019 from the Lagos City Mall Onikan through Awolowo Bello way and to the final destination which was Muri Okunlola Park along Ozumba Mbadiwe, Victoria Island Lagos. Women, ladies and teenagers from all walks of life gathered at the Lagos City Mall Onikan where they were given T-shirts in colour purple, yellow and black, Table water, pens and other souvenirs with the inscription; it is time to end the silence and that has made the Hashtag #burstendo trend so well.

Nigeria popular comedian Koffi was the anchor of the event cracked the audience with diverse jokes. The carnival became lively with the presence of Koffi tha guru, DJ Lexide and DJ Shogsy. Dr. Abayomi Ajayi the founder of Endometriosis Support Group Nigeria (ESGN), and the Medical Director of Nordica Fertility Centre spoke on the why several women experience excruciating pains during menstruation such that they are unable to do anything until the flow is over. Many women don’t know that they are suffering from endometriosis, he said. In fact, some medical doctors never think of endometriosis as the cause of the severe pains some women go through during menstruation. This is because the required attention and awareness the ailment needs have not been given to it and that is why the walk and carnival were initiated.

In a bid to improve on the awareness of the women affected disease, the Endometriosis Support Group of Nigeria (ESGN) has taken its awareness campaign to secondary schools in Lagos state educate young girls on the ailment because not less than 176 million women are infected with endometriosis worldwide. Although it is not  communicable endometriosis leads to a high level of infertility amongst affected and research has also revealed that females between the ages of 11 and 45 who have reached the menstrual age can be infected and there is a high rate amongst those between the ages of 25 and 45. Of course, if the patient is interested in raising a family, or has been trying but has fertility challenges, the issue of assisted reproductive techniques comes to play depending on how long the person has been waiting and the stage of the ailment. Endometriosis is a progressive disease and the longer it is, the more challenging it gets to conceive. But it is also a mind disease, one can still also conceive naturally depending on the stage and when one goes into treatment.