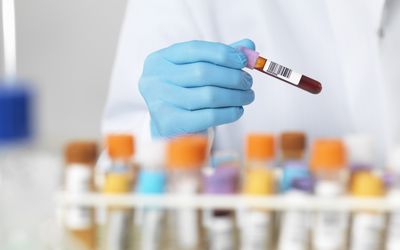 Crizanlizumab is expected to be delivered through transfusion drip and “works by binding to a protein in the blood cells to prevent the restriction of blood and oxygen supply that lead to a sickle cell crisis,” NHS said in a statement.

About 5,000 people living in England will be treated with the drug in the next three years.

SCD is common in Africa, where up to 40 percent of a country’s population can carry the mutated gene, though most never get sick, AFP said in a report.

The disease causes episodes of debilitating pain known as vaso-occlusive crises. It could also cause infection, organ damage, acute chest syndrome and stroke.

Nigeria is considered the epicentre of the disease in the world.

Professor Olu Akinyanju, the chairman of the Sickle Cell Foundation, said in a paper published on the foundation’s website that “in sheer numbers, Nigeria has the largest burden of sickle cell disorder (SCD) in the whole world.”

“Although countries around Nigeria also have an S gene carrier frequency of about 1 in 4 of their populations, Nigeria’s large population has ensured that over 40 million Nigerians are healthy carriers of the S gene,” Professor Akinyanju said.

“This number of carriers far exceeds the total population of every other affected African country and indeed, of several of them put together. Consequently, about 150,000 Nigerian children are born each year with sickle cell anaemia (HbSS), the prevailing type of sickle cell disorder (SCD) in this Region.”

Crizanlizumab is expected to reduce the number of times a sickle cell patient needs to go to A&E (Accident and Emergency Unit of a hospital) by two fifths.

United States’s Centre for Disease Control (CDC) said “the only cure for SCD is bone marrow or stem cell transplant.”

But for many sufferers of the disease in Nigeria, accessing curative treatment is extremely prohibitive.

Moreover, CDC said bone marrow is “very risky, and can have serious side effects, including death.”