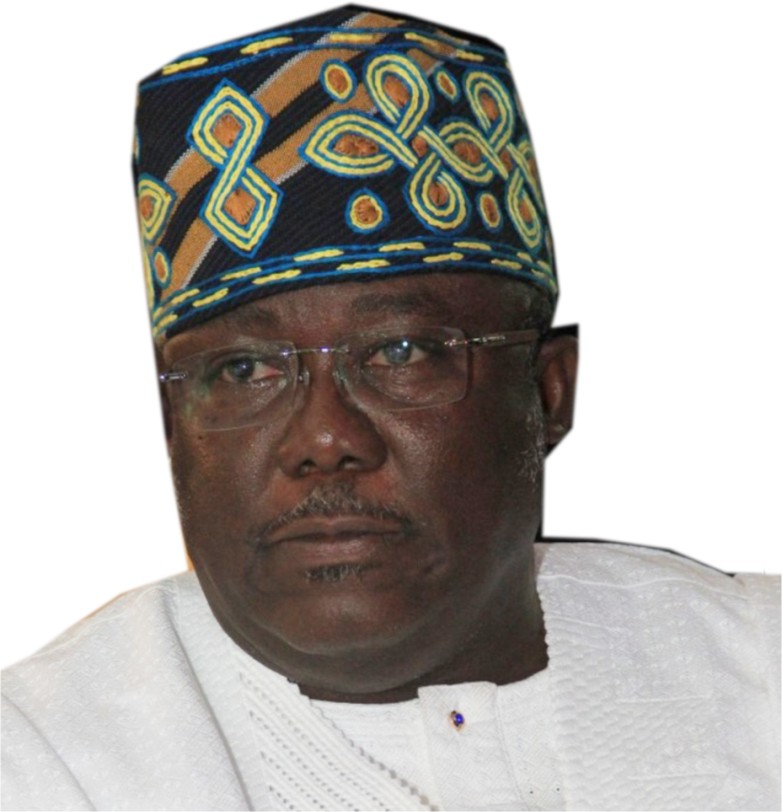 Among the big news that rocked the political landscape last week was the breaking news that Lagos PDP chieftain, Engr. Deji Doherty has picked his nomination form to enable him run for governorship in Lagos come 2023.

For those who don’t know him, let’s quickly tell you that he is one of the big players in Lagos PDP. And he once headed the state exco of the party before now. City People got him to speak last week about his new political movement. Why did he join the Lagos Guber race, we asked him?

“I have always been someone that has a passion for the progress of People, for the emancipation of women and I have had a passion for a better Lagos. This has gone on for over 40 years. I can send you a write up I did in 1987 where I wrote what I wanted to do. That was after my Youth Corp. So I already have in mind what I wanted to do as Governor of the state. One is Education. Two is Housing. Three is Road/Transport. Four is Health. And Five is Security. These areas are vital areas in Lagos State.”

“Apart from that we have coined a phrase YEES which is the Youth Empowerment Education Support Scheme. That is just for the Youths”.

“I want to make the Obas & Baales, who they are really her. I want to give to them what should be given to them as an institution, not the kind of handouts they are getting from the government right now.”

“What I intend to do is to look at the big organisations that have problems, that are hiring over 1,000 staff and try to get the government to buy into companies like these companies, add Equity into Adebowale Electrical, APEX Paper Mills, into Nestle. Let them expand their factories. There are so many companies like that, like Golden Penny, and Honeywell, so that they can improve their facilities and output. They can increase their reach. Government policy is what is killing all the companies and a spiral downturn of the naira, devaluation of the naira.”

Many people believe that it won’t be easy for the Lagos PDP to beat the APC in the governorship race. Does he agree?

No. I don’t agree. There may have been some problems in the past. That was before I was Chairman, in Lagos State.”

“After doing some due diligence across the Local Governments we found out that there was a bit of laxity in our structure, especially at the grassroot level, which is the Ward Level, Zonal Level and polling units. We had some major absenteeism at those levels.”

“But that is no more. So, definitely the PDP you see today has a different structure that will shock the APC at the right time.”

He has contested for governorship a few times before now. We asked him to tell us about it…

Let’s tell you more about this ruggedly handsome politician. Many don’t know that Engr. Adedeji Oluwagbemiga Doherty is a thoroughbred Lagosian with great family background. His root in the heart of Lagos is as old as Lagos itself, flowing all the way from the ancient history of the great patriarch of the Doherty dynasty, Oga JH Doherty who lived between the years of 1845 and 1897

The family house still stands in its ancient architectural beauty at No 1 Campus Square. in the Popo Agusa area of Lagos Island, This edifice represents the cherished artefactual presence of the Dohertys and their long history spanning centuries of years as co-founders and builders of the Island of Lagos.

The memories of the great progenitor of the great Doherty dynasty is a rainbow of values in reputation, Honesty, education, industry, civility and quality in lifestyle.  All these attributes could be found in the personality and character of Engineer Adedeji Doherty, the man widely known in the great Peoples Democratic Party (PDP) here in our own Lagos State and beyond.

Born on the 9th of March 1962 to Dr and Mrs Adetunji Doherty, he attended the Maryhill Convent School Ibadan and proceeded to Loyola College for a year before coming back to Lagos to attend CMS Grammar School Bariga

After high school, he proceeded to the United States of America (USA) and attended the YMCA Junior College where he got his Associate degree in Mechanical Engineering after which he attended and finished his Bsc. in Industrial Engineering from Central State University in Ohio, U.S.A. Doherty came back to Nigeria from the U.S after working on a farm owned by one of his lecturers. He also worked at Cincinnati Millicron where they do casting, and moulding of different parts for heavy-duty industrial machines.

When he returned home, he came with a vision and the vigour of impacting humanity and changing society for the better and nation-building. It is within this vision of nation-building that he enrolled in the mandatory Youth Corps Service and served with Triplex Safety Glasses in Monotan in Ibadan, Oyo State, where he was an Assistant Production Manager. After his youth service, Deji Doherty’s journey into the greater future had earnestly begun.

MAN OF INDUSTRY AND BUSINESS

Deji Doherty is an upwardly mobile businessman. He discovered his masterly skills for industry, commerce and general merchandising early in his life and the grace of his business acumen has followed him all his years.

His multifaceted ventures and investments have today grown into multi-billions in assets covering several sectors of industry and the business world. Deji incorporated his first business in his 20s, while still serving his youth corps service in 1985. Through the company, Dohagro Allied International. Dohagro Allied International, he engaged mainly in agricultural commodities and trading while also doing import and export businesses. During this period, he also explored doing video coverages for personal social engagements of top personalities and socialites, a business which at the time was still very new and practiced mainly at the upscale level of Nigerian society.

His company served many VIPs, and one of those VIP engagements was when he was engaged by the late Alhaji Azeez Arisekola to cover the installation of Chief M.K.O Abiola as the Aare Ona Kakanfo by Alaafin of Oyo, Oba Lamidi Adeyemi in Oyo.

During this period, he also went into pharmaceutical products distribution and trading. Doing that on one hand, he also ventured at the same time into trading in various agricultural products like Sorghum, Maize, Wheat and Corn. He was buying from the hinterlands of Ilora, Oyo, Fiditi, Saki, Ogbomosho, Ikire Ife, Ondo -mainly the food basket towns of the South West and supplying them to his list of high profile industry clienteles in Lagos and other cities.

It was during this period that he was able to get close to the grassroots and got to know their problems, needs and wants. He got to assist with house rents, school fees, hospital bills and other personal maintenance bills.            It was in the course of running his private businesses that he was offered the opportunity to work with the largest commodities trader in the world, Cargill. The job afforded him the opportunity to travel all around the country as Purchasing Manager for Northern and Eastern parts. His job routine to him to virtually all places in Northern Nigeria, as he had to work in Katsina, Funtua, Kano, Kaduna, Abuja, Saminaka, Biu, to mention but a few. It was the same experience for him having to travel round most parts of Eastern Nigeria where he was supplying barley, malt and grains to all the breweries in the East on behalf of Cargill. All these were within a three year period.

Cargill Nigeria limited was set up mainly to trade in grains, but it was during this period that Cargill found an opportunity to also trade in sugar by importing vessel loads of sugar into Nigeria. It was during that same period that Engr. Doherty made his break.

While he was purchasing Manager for Cargill, he was in charge of shipping, distribution and repatriating revenues back to Cargill International in Amsterdam. He also got involved in the export of commodity products like cashew, rubber, cocoa and other exportable commodities. It was during those business activities that Doherty was able to meet personally with many influential Nigerian commodities traders like Aliko Dangote, Ishiaku Rabiu, Gen. Olusegun Obasanjo and Gen. Musa Yar’Adua.

Sometime in 1991-1992, Doherty decided to go on his own.  At this same time, the company also decided to leave Nigeria. But because of Doherty’s honesty and their belief in him and his business acumen, the company decided to leave their trading business in Nigeria and handed all their trading outfit, equipment and other products in the warehouse and operations with him to sell off and repatriate all their profits back to the home office- which he did faithfully.

It was at this time also Doherty became the largest sugar distributor in the country through Alhaji Aliko Dangote, Musa Rabiu, Churchgate, Olam Nigeria Limited and other various players in the industry. And ever since, his businesses have grown in leaps and bounds.

Deji Doherty stepped into active politics sometime in 1999, coming from highly prosperous and stable stead in local and international businesses. His foray into politics, unlike many adventurous political players, is not accidental. Far from it. It was a decision taken from an innate expression of the inspiration to serve, determination to defend the weak and less privileged, and compassion for elevating the downtrodden.

Doherty’s politics is encapsulated within these triadic principles, which are essentially focused on guaranteeing the peace and security of the society as well as promoting the economic and social well-being of the citizenry.

Long before he took to active politics, Doherty had his vision, a larger vision, for a greater Nigeria. As far back as 1985, he penned his thoughts about his dream nation and her people, motivated by the inspiring words of former American President Franklin Delano Roosevelt, “when I look into the faces of people I see God”. Doherty’s deeper interpretation of Roosevelt’s words is more profoundly philosophical that if one must be a great politician he must engage only inhumane politics; the sort of politics that puts man and his happiness as the centrepiece of his actions.

In 1999, after seeing many people despair and assisting them to meet their personal financial obligations over the years, Doherty decided to go into politics with the belief that he would be able to assist multitudes of people. Enlisting into the PDP he met late Engr. Funsho Williams got involved with efforts to raise finance for his campaign. And he followed his campaign to the end. In 2007, Doherty at age 38 decided to run for governor. And in that year, Senator Musiliu Obanikoro emerged at the time when Funsho Williams got killed. It was strange that the aspirants in PDP were the ones that were incarcerated for 44 days at Alagbon when the police claimed they were investigating the murder of someone who was a member and at that a contestant under the party. However, Doherty continued to stay in PDP and never relented, as it was, and still the only party whose creed and national spread in accord with his own political philosophy of a Nigeria that works for all.

READ ALSO: WHAT WE WILL MISS ABOUT OUR G.O. REV. EZEKIEL

What We Will Miss About Our G.O. Rev. EZEKIEL