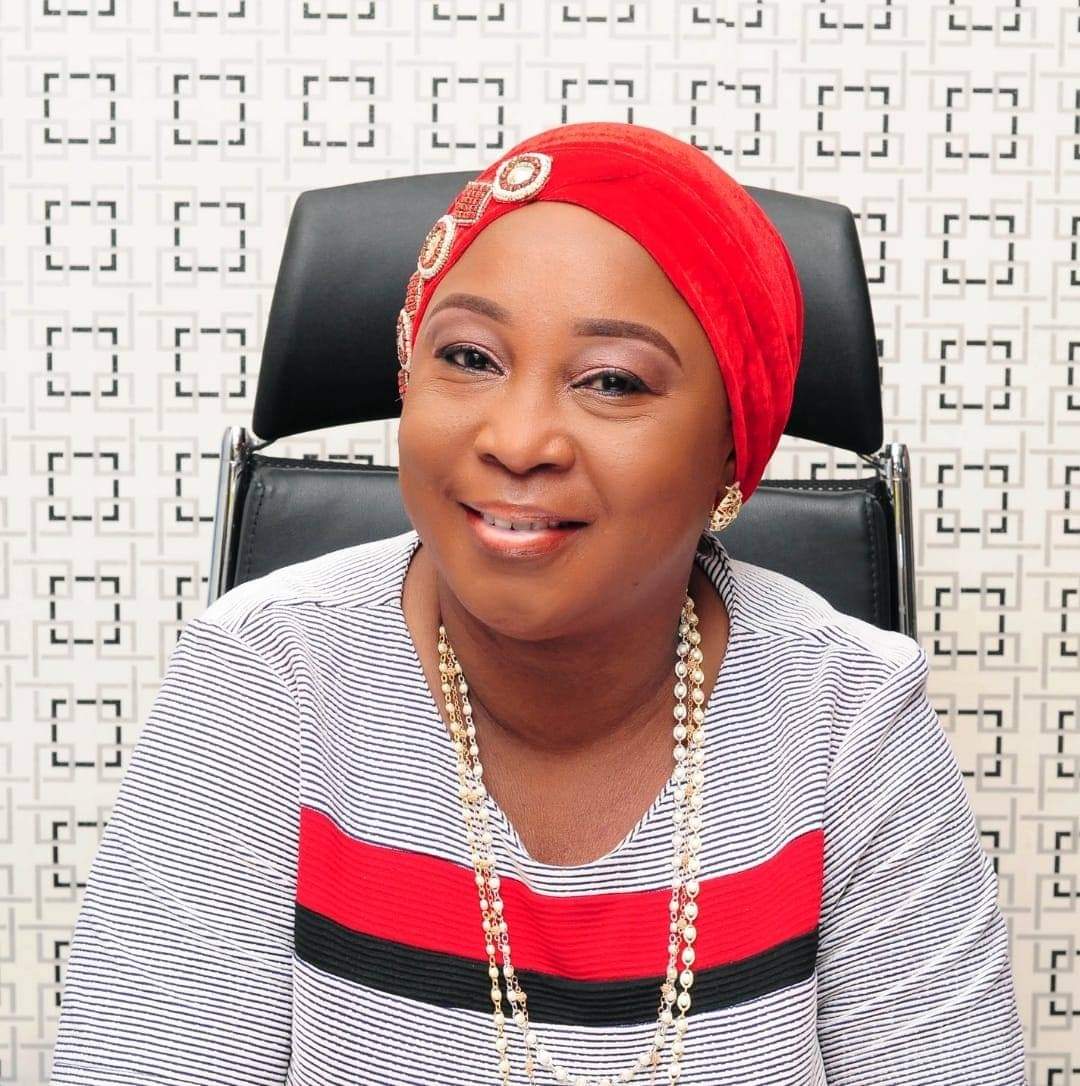 Tuesday 24th, August 2021 was a special day for the Nigerian Institution of Estate Surveyors & Valuers, (NIESV), Lagos Chapter, and the new branch Chairman Esv Olabisi Demola-Alade was officially installed as the 27th Chairman. The event which took place at the popular Sheraton Hotel in Ikeja, Lagos had the who is who in the property sector in attendance.

She’s the first female Chairman of the institution and that’s one of the key points of the event.
The event which paraded the government agencies, individuals and dignitaries from the various levels in the built sector was tagged “Investiture of the 27th branch Chairman & Executives Committee Members for the noble year 2021-2023”, with the theme “10 point agenda”, speaks volumes at to what to expect from the first female Chairman of the association.

The programme was anchored by Esv Frank Oyakhilome Richard and he did so well with the timing, introduction, and organisation which eventually turned out well.
The programme which was slated to start at 10 AM officially kicked off around 11 am with the immediate Chairman’ speech, Esv Adedotun Bamigbola.

In his remarks, he salutes the new executive committee, led by the first female Chairman of the branch, Esv Olabisi Demola-Alade, the 27th Chairman of NIESV Lagos state branch who was his vice Chairman during his tenure as Chairman. He applauded them for not dropping the ball, rather they are moving forward since coming to office. He urges everyone including members, President to give the new Chairman and the exco their support in every way, more than they did during his tenure.

The Chairman of the event is Mr Bode Agoro, Permanent Secretary, Lagos State Lands Bureau.
He said jokingly while he was on stage that he was happy to be in their midst and also happy to be appointed Chairman of an event for the first time.

He also promises that the lands bureau would work with the branch and the new Chairman.
Keynote speaker is Okechukwu Kingsley Mojekwu.

Also at the beautiful investiture is Commissioner for Housing Lagos state, Hon Moruf Akinderu Fatai, who represented the Lagos State governor, Mr Babajide Sanwo Olu. And the government charges the new chairman to work with the government.

Let’s also tell you that the husband of the new Chairman was present, Alhaji Akeem Ademola-Alade and he was also urged to support his wife to succeed. The National President of the NIESV, Esv Emmanuel Okas Wike urged every member of the institution to support her so that she can succeed during her tenure. Let’s also tell you that her vice Chairman is Esv Olugbenga Ismail and he was urged by their President to always fill in where he thinks she’s weak.
During Mr Bode Agoro speech he urged people in the built sector to be patient with them during this challenging period where the government is trying to move online to enable them to serve better in the area of land titles.
The past Chairmen of the association was called on stage to officially confirm the new Chairman and this was done with the introduction of someone like Pastor Esv Stephen O Jagun, Ev Orimalade Rogba, Esv Samuel Ukpong, Esv Olusola Fatoki, Esv Adedotun Bamigbola etc., as they all shook hand with her to welcome her and to officially welcome her as the Chairman of NIESV, Lagos branch.

How I Have Run FRONTLINERS Grp Of Schools For 19 Yrs – Proprietress, Mrs. ESTHER ALIU