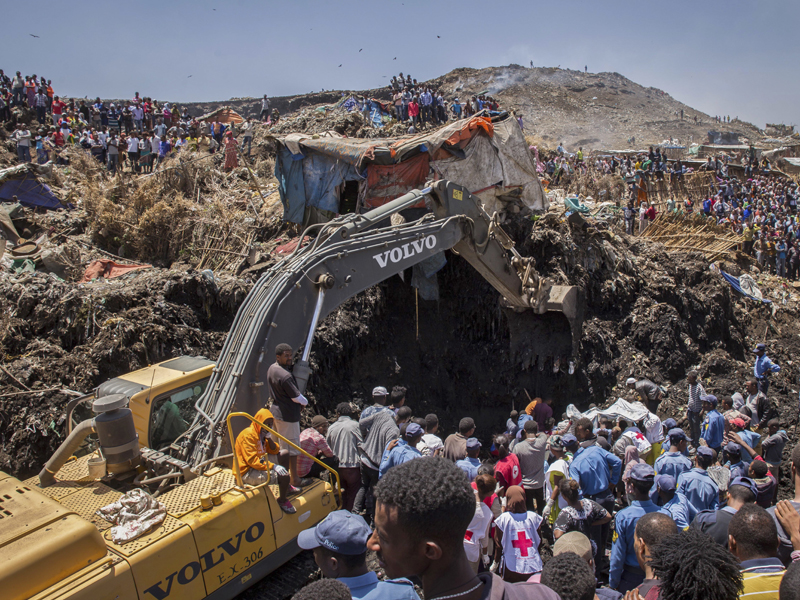 Ethiopia has declared three days of national mourning for victims of a landslide at a rubbish landfill site in the capital Addis Ababa.

Flags flew at half-mast on Wednesday as the government announced that the death toll from the disaster that occurred at the 50-year-old Reppi dump on Saturday evening had risen to at least 72 people.

On Tuesday, at least 17 bodies were pulled out from the site and buried at the nearby Abune Aregawi Church, attended by hundreds of grief-stricken family members.

Emergency workers and police officers in Reppi told Reuters that the total number had risen to 82 by Tuesday evening.

Dagmawit Moges, spokeswoman of the capital’s administration, said search operations at the site were ongoing.

“Searches are taking place and the number could rise,” she said.

Hundreds of people live on the dump, the city’s only landfill site. Some of the victims had scavenged for food and items that could be sold, such as recyclable metal.

The landslide destroyed dozens of homes.

Ethiopia is one of Africa’s fastest growing economies, but the drive to industrialise has also stoked discontent among those who feel left behind.

In October, the government imposed a national state of emergency after more than 500 people were killed in protests in Oromiya region as anger over a development scheme sparked broader anti-government demonstrations.