Have you ever stopped to wonder why people are born ‘straight’? 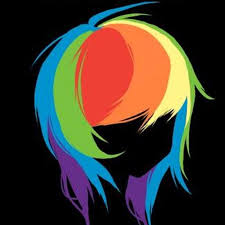 Nigerians everywhere are slowly coming to terms with the reality that not everyone is heterosexual.

That first sentence is phrased that way deliberately because in discussions here about sexuality, one thing is always taken for granted; for sexual minorities to exist, there has to be a majority, and that majority is overwhelmingly heterosexual. Especially here where pressure from church and family to perform other social expectations like marriage force people to conform.

The Kinsey theory and scale suggests that the act of sex is separate from sexuality and gender and that sexuality is a spectrum; a scale on which some people are fluid and others aren’t. There is a lot here to unpack and we will get to that on the blog at the right moment but for now we’ll stick to the key points.

Who you sleep with isn’t (always) a fool proof indicator of your sexual orientation.

Wanting to perform acts traditionally associated with men, or even wanting to become a man when you’re a woman doesn’t automatically translate to you being homosexual. Bobrisky certainly works on that premise.

Okay, now that’s out of the way, back to the meat of the matter. ‘Straight’ is a sexual orientation. It is widespread but it is not the ‘default’, in the same way homosexuality, bisexuality and all the other orientations aren’t ‘normal’. No one chooses to be straight, it just happens to them long before puberty. Straight is part of the sexuality spectrum, not some exalted norm that people of other orientations deviate from.

It makes no sense that science, which as always prided itself with understanding natural phenomena has spent all this time studying why people are gay, bi, trans and asexual and has no answers for why people are born straight. If we are all so scared of waking up one morning and suddenly being gay, why are we all so comfortable not knowing why people are straight in the first place?

And no, “they just are” gets you a fail.

So, it might be time the LGBTQIA community started referencing straightness as part of the equation. That’s the only way to ensure a truly immersive conversation, especially now that the suspicion of guilt could land you 14 years in prison.

Culled From YNaija’s The Sexuality Blog

Have you ever stopped to wonder why people are born ‘straight’? was last modified: January 6th, 2017 by Daniji Emmanuel

Stoners have more sex than people who...