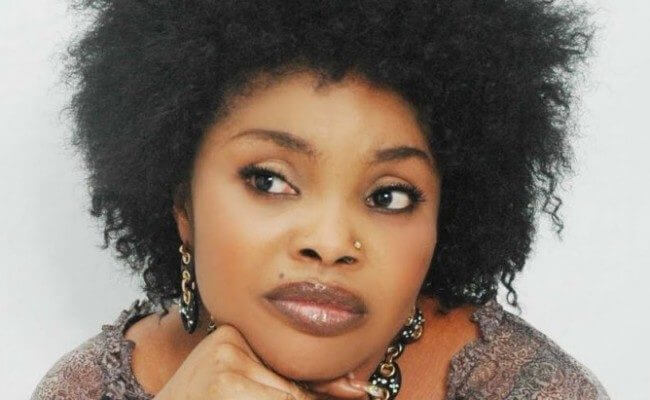 In a recent interview with Vanguard Newspaper, Nollywood actress and single mother, Lola Alao, who was asked why there are many single mothers in the Yoruba sector of the industry, said:

“I think it has to do with making the wrong choices. I will say they haven’t gotten to their final destination that is why they are single mothers. I think every single mother you see made a wrong choice.”

Does that apply to you too?

Yes, I think every single mother you see made a wrong choice.

What is your relationship with the father of your child?

I will keep saying that the father of my daughter is the best. He is kindhearted and he is a very good person. Forget whatever he might have said about me out of annoyance, we have a very good relationship.

Do you have plans of going back to him?

If God says so, why not! Is there any man in the picture right now? No, there is none.

What are the prices you have paid for stardom?

I have paid a lot; stardom has its advantages and disadvantages. The advantages includes preferential treatments wherever you go and the disadvantages have to do with being harassed by area boys, any time you are in the public.

What is your relationship with Bisi Ibidapo Obe at the moment?

I don’t have any problem with Bisi Ibidapo Obe, when I buried my father she was there to support me. She is like a younger sister to me, we don’t have a problem. With your popularity you don’t seem to have any endorsement, why? I have endorsements; I have with a network called Voda Phone which is not out yet. I also have with Funky Diva Hairs and Yoyo Bitters. I don’t like to make noise about these things. At a time it was gathered that you worked as a dish washer in America? I washed plates in London but that was in one of my movies ‘Iberu Alako’. In the movie I also worked in a supermarket. The movie is about a lady who was living comfortably in Nigeria but was deceived by the lavish lifestyle of her friend who lives in London. She thought it was easy to make money abroad, she eventually travelled to London and was stranded, and then she had to work in a restaurant to survive