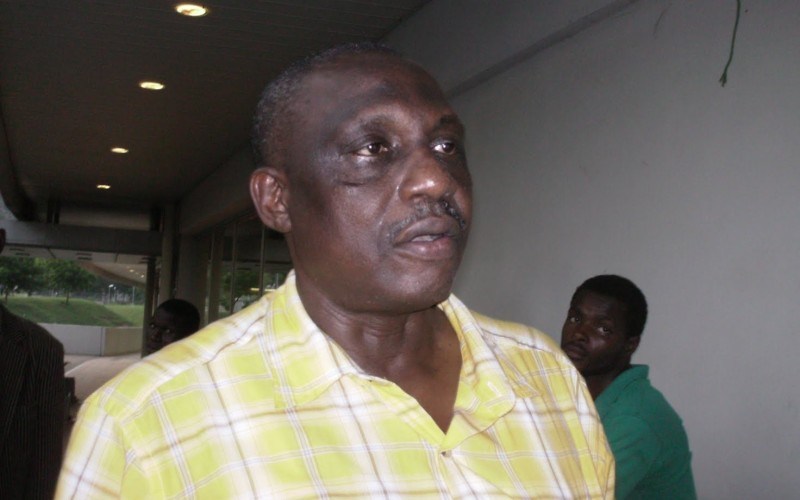 Though details of his death were sketchy as at press time, journalists gathered that the Ilesa-born football star died at the University College Hospital.

The energetic Secretary-General and the incumbent Chairman of Osun State Football Association (OSFA) was confirmed dead on Monday.

A close associate and the Media Officer of Osun United, Tunde Shamshedeen, in an interview said it was shocking to hear that the man fondly called “Skippo” was dead.

“I am in shock over this, the news of his death was relayed to me this morning and I can’t believe it,” he said.

The Chairman, Sports Writers Association of Nigeria (SWAN), Lagos chapter, Debo Oshundun, also described his death as unfortunate, adding that Ogunjobi was full of life the last time he saw him.

“This is so shocking to me, and it is sad that we are missing him at this critical time. The last time I saw him, he was full of energy and healthy, so his sudden demise is quite shocking.

“Ogunjobi did very well as the Secretary-General of NFF during his lifetime, he brought so many innovations and same goes to his position as the Chairman OSFA.

“He single handedly started a grassroots development football league in Osun which speaks volume of his contributions to the development of football in Nigeria and his home state.

“It is such a sad development and I am shocked by his demise and what it portends for Nigeria Football because we are going to miss him,” he said.

“His contributions to football development in Nigeria is unparallelled, right from the time he was in the saddle as the Secretary-General of NFF. The football community will miss him greatly for his efforts.

“Ogunjobi is an icon in Nigeria’s football circle, he has the love of the game at heart. For now, we should be praying for our football because he will be sorely missed on account of his vast experience,” he said.

For Ibadan-based Sportswriter, Geo Oluwafemi, Ogunjobi’s death was a sad one and unexpected.

“I was in the stadium today for the NNL friendly games while the news came in that Chief Taiwo is dead, I couldn’t believe it, but since it has been confirmed, I don’t know what to say again.

“We will miss his fatherly advice to us whenever he comes around. It is such a sad loss,” he said.