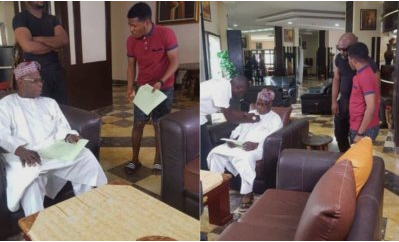 Sometime around October 1st we reported that ex-President of Nigeria, Olusegun Obasanjo made his acting debut in a new comedy skit alongside Nollywood actor Samuel Ajibola.

Samuel Ajibola  is popularly known as ‘Spiff’ in the TV series ‘The johnsons’. The video is out and quite hilarious, watch below;