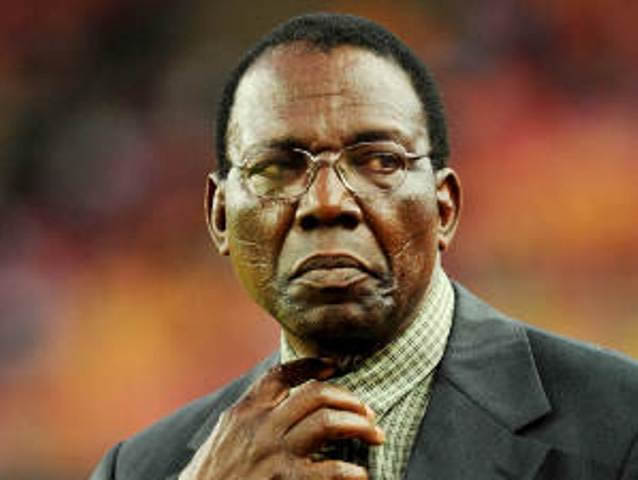 A former Super Eagles coach, Adegboye Onigbinde and his wife, former Mrs. Anne Onigbinde have had their 30-year-old marriage dissolved by a Customary Court sitting in Mapo, Ibadan, due to irreconcilable differences.
Onigbinde had approached the court, asking it to dissolve the marriage because his wife was wasteful while also describing her as a troublemaker.
While delivering his ruling, president of the court, Ademola Odunade, directed the veteran coach to give N5,000 to his former wife to enable her to move her belongings out of his house.
Onigbinde had pleaded with the court that at 79, he could not continue to “die in silence” because of Anne’s problems, although Anne pleaded to the court to allow the marriage to stay.
He said, “My lord, with my 79 years of age, I cannot continue to die in silence of Anne’s litany of problems. Among many other troubles I have encountered in the hands of Anne, I have also suffered uncountable financial losses during the process of trying to give Anne means of livelihood so that she wouldn’t be idle.
“On three separate occasions, I have established business ventures for her and on each occasion, Anne wrecked the businesses. I can’t continue in such wastage. For many years, Anne has been a thorn in my flesh through ceaseless trouble-making as it is one day, one trouble in my home. Can you imagine that it was not until only one week to the wedding ceremony of the only daughter she had with me that she informed me? In fact, Anne has openly turned her daughter against me because she doesn’t take any instructions from me.”
Onigbinde said Anne no longer had a good relationship with his other children, He also accused Anne and her daughter of failing to sympathize with him when he lost his younger brother.
“The list of her misbehaviour is endless, please terminate our union,” said Onigbinde.
In denying the allegations, Anne told the court that the former FIFA instructor changed after he married another wife 10 years ago, stressing that she had made attempts to manage the marital crisis but got frustrated by Onigbinde’s behavior.
She said, “In the interest of the child between us, I have nowhere to go, please, help save my marriage. I have done everything possible to please my husband, but he is refusing to be pacified. Ever since he got married to another wife 10 years ago, things have changed from bad to worse, as I no longer know how to do things in his presence. My lord, it was never in our agreement to be parting ways in this manner.”

SEE ALSO: HOW IMF BORROWED MONEY FROM NIGERIA IN 1974