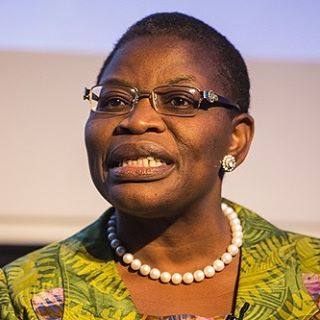 Former Minister of Education, Dr. Oby Ezekwesili, has attributed the prevailing problems of insecurity in the country to bad governance, adding that it must not be allowed to continue if the nation is to move forward.

Ezekwesili, who stated this yesterday during the launch of Red Card Movement for North-central in Jos, Plateau State, tasked Nigerians across all creeds, tribes and religions to brace up and resist bad governance which according to her, breeds all forms of ills in the society.

She added: “Citizens have the right to elect who will govern them to avoid dismal performance; we need to re-assess and revalidate ourselves to know what we are not doing right. The time has come for us to question the quality and integrity of the candidates the political parties are giving to us to elect.

“Citizens are saying, by this Red Card, enough is enough of bad governance. The offices of the citizens are more important and viable to effect a change, so we must be able to exercise the power embedded in the office to do away with bad governance.

“There is no reason poverty and insecurity should pervade our land; all these are signs of bad governance which we must use our citizen office to correct. There is no reason why life should have no value. We are saying people should be able to determine who govern them. So in the coming election, we are going to determine the quality of leaders from the top to the lowest level.”

She said the time has come for people to know that they have enormous powers, because it is through them that power of the president is derived including that of the Senate President, Speaker among others.