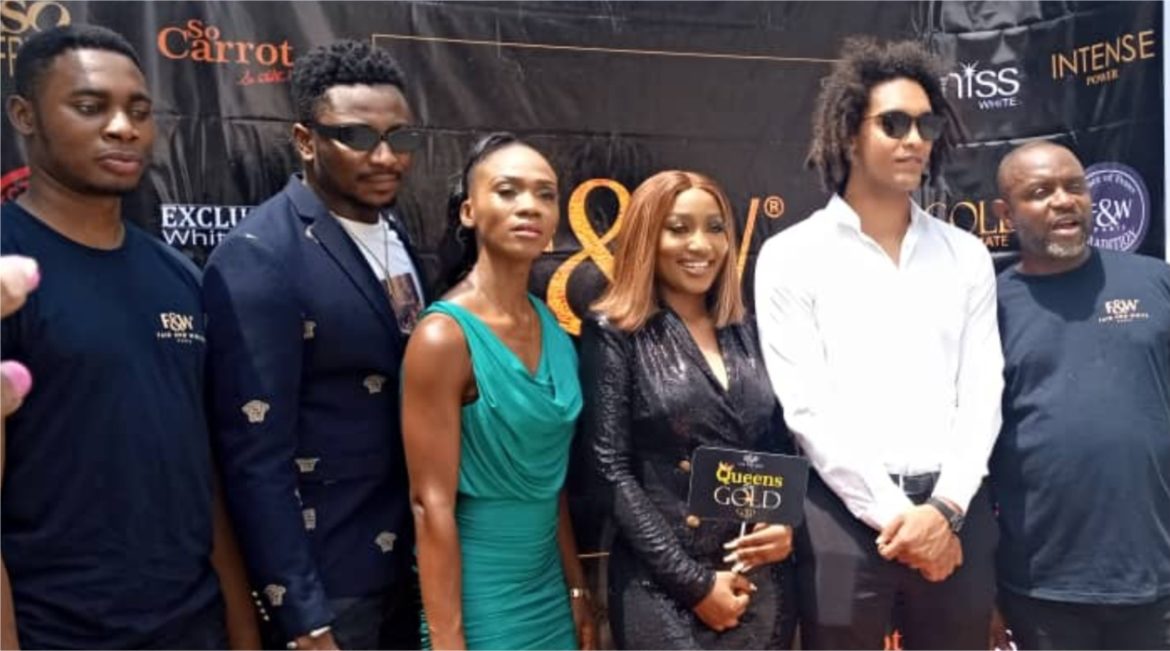 Fair and white Paris in conjunction with Fair and white Nigeria and Bozac group of companies are specialized in beauty products and skincare and they have over 200 products to their credit and these products are making waves in the skin beauty market. These products include Fair and White Original, Exclusive, So white, So fruity, Miss white, gold, glutathione, intense, so carrot, tradition soap to mention a few.

Thursday 27th February 2020 marked another landmark for these organizations as they signed on new brand ambassador for their new product Fair and white Gold Ultimate. The ceremony of the signing of the new ambassador started 12noon at Ikorodu Crescent, Dolphin Estate Ikoyi Lagos. It was a beautiful ambience and the combination of Black and gold made it superb. There were representatives from business partners including banks and media firms as well as other corporate organizations.

On-air personality and MC Rabin Ojah popularly known as Uncle Bro anchored the event and he started with opening prayer and introduction of guests as he invited special guests to the high table. The Chief Executive Officer of Bosac continental and cabinet continental Mr Patrick Chibueze was invited to the high table as well as the executive director of Fair and White Paris in the person of Mr Opivia Tancogne.

Mr Patrick Chibueze utilized the moment to appreciate their numerous customers across the globe for staying true to the brand since inception in 1997. “We are committed to improving the brand to making it worthwhile and making it a product that would stand the test of time” he added.

Mr Oliver Tancogne spoke on how his late father started the company. He mentioned that there were several companies that catered to the white skin but none catered to the black skin and that gave birth to the innovation of the brand Fair and White.  The company was established and designed with the sole aim of beautifying the black-skinned with different skin tones and shades. He explained that every skin tone and shade has its own products and the needful thing for anyone to do is identify their products that soothe their skin the most.

READ ALSO: HABEEB OKUNOLA TO DRAGS OVER 500 FRIENDS TO OYO