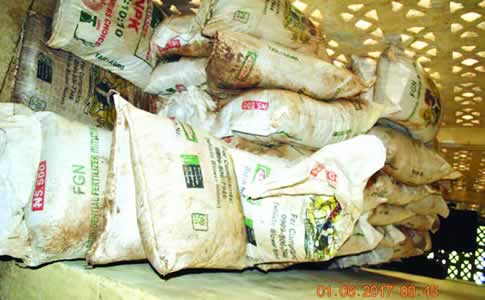 The Fertilizer Producers and Suppliers Association of Nigeria FEPSAN on Friday expressed worries over fake fertilizer in circulation and called on the Federal Government to intervene without further delay.

The Executive Secretary of FEPSAN, Mr Ahmed Rabiu Kwa, told the News Agency of Nigeria (NAN) in Lagos on telephone that the adulterated fertilizer was causing low yield of farm crops.

According to Kwa, the fake fertilizer is smooth in texture, dusty and mixed with sand while the original contains particles like rice, maize and other ingredients which are visible.

He said the association had observed that fake fertilizer had resulted in low yield.

“The Federal Government should urgently nib the development in the bud because it could derail its plan to produce one million metric tonnes of fertilizer in 2018.

“In 2017 after the launch of the Presidential Fertilizer Initiative (PFI), about 500,000 metric tonnes of NPK fertilizer was produced.

“The initiative was a superb one by Mr President because it went smoothly and the yield was high.

“But the producers of fake fertilizers are now everywhere trying to retard the efforts of the government and that of the association. This can retard the success made so far in the sector, ” he said.

NAN reports that the Federal Government initiated the programme in partnership with FEPSAN and the Nigerian Sovereign Investment Authority.