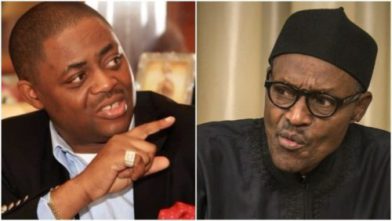 Former Minister of Aviation, Femi Fani-Kayode, has lashed out at President Muhammadu Buhari, after it emerged that he told the World Bank president, Kim Yong Jim, to concentrate on Northern Nigeria.
Fani-Kayode, in a series of tweets on Friday morning, claimed Buhari sees Nigerians from the South and Middle Belt as “low-lifes, vassals and slaves”.
He wrote: “President of the World Bank, Kim Yong Jim, has said that @MBuhari told him to concentrate their efforts on northern Nigeria.
“Why am I not surprised? After all as far as @MBuhari is concerned southern Nigerians and Middle Belters are nothing but low-lifes, vassals and slaves.” Kim had said: “You know, in my very first meeting with President Buhari he said specifically that he would like us to shift our focus to the northern region of Nigeria and we’ve done that. Now, it has been very difficult. The work there has been very difficult.”
Fani-Kayode Slams Buhari for Asking World Bank to Concentrate on Northern Nigeria was last modified: October 13th, 2017 by Arinze Ago