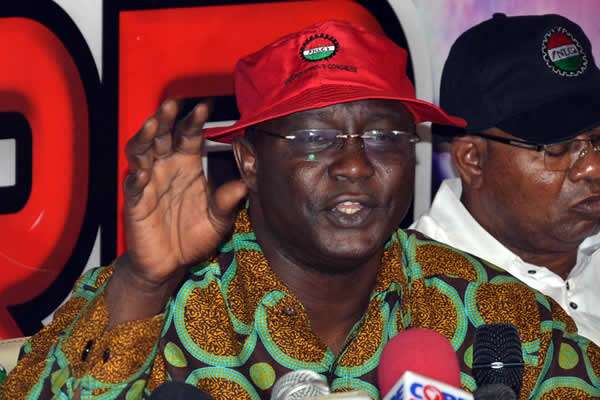 The Nigeria Labour Congress (NLC) is optimistic that the federal government will soon announce a new minimum wage for Nigerian workers. This hope is hinged on the completion of work by the tripartite committee on new National minimum wage.

President of the Congress, Comrade Ayuba Wabba, told newsmen in Abuja, yesterday, that the committee report was ready for submission to the President, adding that the government will announce the new package after a meeting of the National Economic Council.

The suspension of the work of the committee led to the recent warning strike, but Wabba said after the resumption of the committee, a new minimum wage that was acceptable to all employers of labour in the country was arrived at.

He said “I want to assure workers that all has been concluded and will be passed for signing within the week. I also want to appreciate the Organised Private Sector, Manufacturers Association of Nigeria and Nigeria Employers Consultative Association (NECA) for their resolve to pay the new minimum wage when it is signed into law.”

The three unions had demanded N65,500 as new minimum wage for workers, while the private employers and some state governors were proposing N25,000.

Meanwhile, the congress  also yesterday, picketed the Bolton White Hotel in Abuja metropolis, over what it described as precarious working condition of workers as part of the 2018 World Day for Decent Work.

The labour leaders of the congress led by Wabba, stormed the hotel at about 9: a:m, carrying placards with inscriptions such as, “It is primitive to deny workers voice in the World of work,’ Workers Right to belong to a union is a Constitutional right, “Workers are not production tools, change the rule,” “Workers salary is a right not a favour,” “we say no to precarious work,’’ among others.