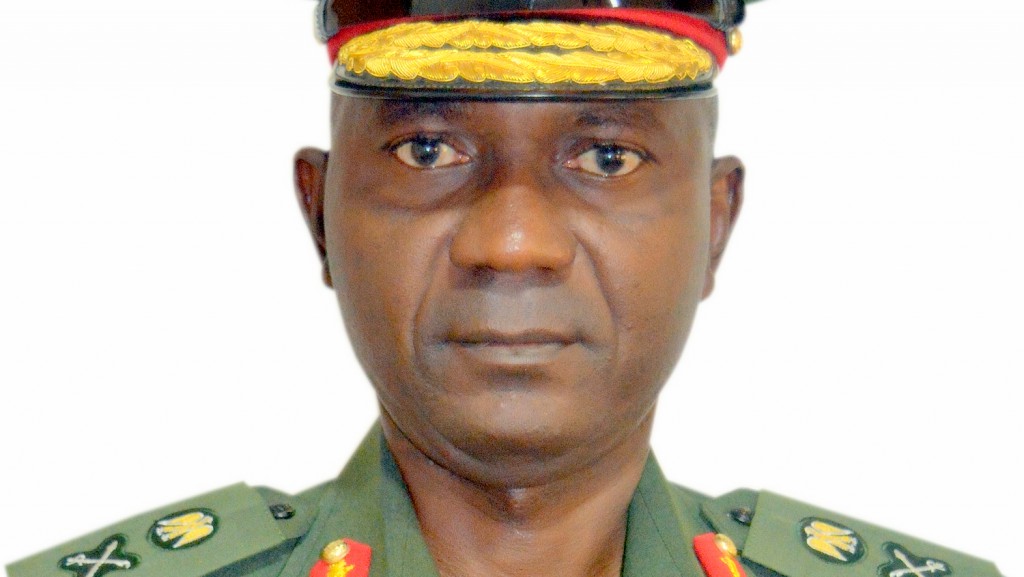 The Federal Government under the leadership of Vice President Yemi Osinbajo has appointed Major General John Enenche as the new Director of Defence Information.
Mr. Enenche replaces Rabe Abubakar, a Brigadier General, who is now Director of Information Management in the Department of Civil Military Affairs, Army Headquarters.
Until his appointment as defence spokesperson, Mr. Enenche was Defence Liaison Officer at Defence Headquarters.
The new spokesperson, an Idoma from Benue State, was among the 227 top army officers whose elevations were announced in December 2016. His promotion to major general took effect from September 19, 2016.
Colleagues described Mr. Enenche (N/8395) as a brilliant officer who performed exceptionally at Course 20 of the National Defence College. He was earlier promoted Brigadier General in December 2013.
The officer, said to be a member of the Corps of Engineers, was chief executive officer of the Army’s Post Service Housing Development Scheme.
Some colleagues said he holds a doctorate degree, but that could not immediately be independently confirmed by news men as at press time.
Mr. Enenche since taken over with effect from March 6, said a statement by Way Olabisi, Lieutenant Commander, of Defence Headquarters.
Mr. Abubakar, had on August 3, 2015, while a colonel, succeeded Chris Olukolade, a major general, who proceeded on retirement after 35 years in service.
Mr. Abubakar, 51, who was commissioned into the Nigerian Army as a Second Lieutenant in 1989, holds a Bachelor of Arts Degree in History.

2023 Presidential Elections Is Between Obi &...