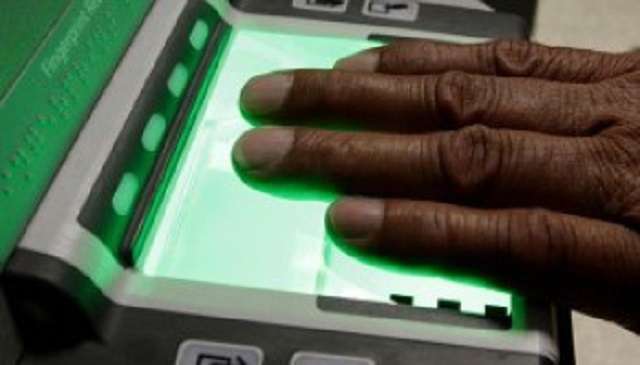 The Federal Government has announced its decision to stop what it called proliferation and duplication of biometric-based identity systems in the country.

Acting Secretary to the Government of the Federation, Mrs Habiba Lawal, stated this in Abuja while inaugurating  a former governor of Osun State,  Olagunsoye Oyinlola,  alongside eight others as chairman and members, respectively of the  Governing Board of the National Identity Management Commission, (NIMC).

Lawal noted that the Federal Government established the  NIMC as the primary institution charged with the responsibility of providing and regulating identity management in Nigeria, the issuance of the National Identification Number (NIN) and ID card to all registrable persons as well as the harmonisation and integration of existing identification databases in government agencies and integrating them into the National Identity Database (NIDB).

Represented on the board are the military, Nigeria Immigration Service, Federal Road Safety Corps, Economic and Financial Crimes Commission, other government agencies and the private sector.

Among the first task the ex-governor and his team have been saddled with is the harmonisation of databases of Nigerians believed to have been unnecessarily duplicated.

Lawal said the administration of President Muhammadu Buhari expects the proliferation and duplication of biometric-based identity systems to stop as it was neither cost effective, nor security smart.

“Apart from being unwieldy, the cost of operating multiple discordant databases and infrastructure is untainable,” Lawal had stated.

She urged the National Identity Management Commission (NIMC) to come up with a more effective and innovative identity management system that was devoid of duplication for the country.

Mrs Lawal also said despite the successes of the commission at data capture of registrable persons in the country, “there was still much more to be done.”

She urged members of the Board who were drawn from both the public and private sectors, to take a cue from the countries that have successfully issued unique identity to its citizens and have utilised such identity to transform their society and economy.

“We need change, positive change in our identity eco-system. The change starts with all of us agreeing to make the sacrifices and commitment required, defining clear policy direction and taking collective actions to achieve our common goal.

“The NIMC must focus its energy on ensuring that the remaining component of the National Identity Management System (NIMS) roll-out alignment and switching over by the Ministries, Departments and Agencies (MDAs) through the harmonization and integration framework is successfully implemented.

“The speed of data collection must have to be improved upon, and this will reduce justifications given by MDAs, as reasons for duplicated biometric options.

“Hopefully, the harmonisation programme, being spearheaded by the Office of the Vice President, will help to achieve this, especially, by the commission ensuring that the MDAs switch or at least, align their existing infrastructure as data collection agents to the NIMC system,” she said.

In an acceptance speech, Oyinlola gave the assurance that the Board members will work assiduously to justify the confidence reposed in them by the government.

“We, therefore, pledge our loyalty to our dear nation and Mr President who has recognised our inherent capabilities and made the appointment, based on trust, competence and the confidence reposed in us.

“We shall live up to expectations, especially given the fact that the burden placed on our shoulders is a very sensitive and significant one that must be carried with every sincerity and patriotism,” he said