Home News FG To Get 30% Share From Proceeds of Recovered Stolen Assets From State, LG
News 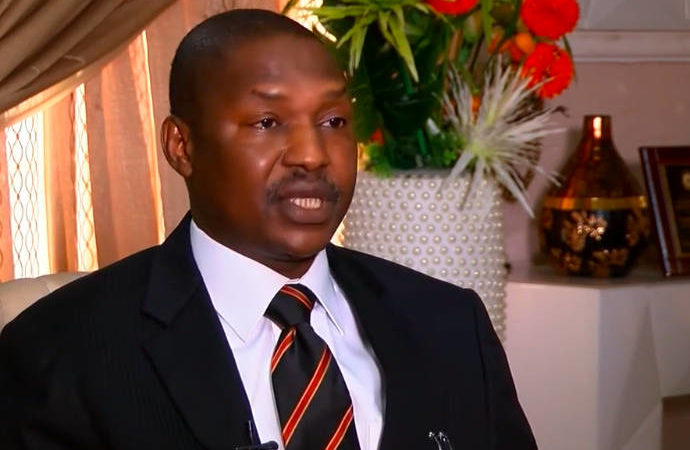 A new law on recovery and management of stolen public assets has given the federal government at least 30 per cent of the proceeds of asset recovered for state and local governments.

The federal government has gazetted the new regulation on tracing, recovery and proper management of proceeds of crime.

Titled “Asset Tracing, Recovery and Management Regulations, 2019,” the law was signed into law on October 24 by the Attorney-General of the Federation and Minister of Justice, Abubakar Malami, and took effect from November 1.

The law empowers the AGF to take charge of the custody and management of all final forfeited asset; approval and appointment of asset managers, and operating and maintaining a centralised database for the storage of records of all recovered asset within and outside Nigeria.

Published as Government Notice No. 88 in the Federal Republic of Nigeria Official Gazette No. 163, Vol. 106 of 29th October, 2019, the AGF noted in the new regulation that his power to make the new rule, is derived from the EFCC (Establishment) Act; the Corrupt Practices and Other Related Offences Act; Administration of Criminal Justice Act, Money Laundering (Prohibitions) Act, Terrorism (Prevention) Act, National Drug Law Enforcement Agency Act and the Nigerian Financial Intelligence Unit Act (NFIU) “and all other powers enabling” him in that behalf to make the regulation.

According to the regulation, all proceeds from the disposal of the final forfeited assets shall be paid into a designated account at the Central Bank of Nigeria described as the Federal Government of Nigeria Asset Recovery Account.

“Proceeds from perishable seized and confiscated assets shall also be paid into the interim forfeiture recovery account in the CBN.

“The Attorney-General of the Federation shall within 15 days of confirmation of the proceeds from the CBN inform the honourable minister responsible for matters relating to finance.

According to the regulation, the minister responsible for matters relating to finance shall, within 30 days of being informed of funds in the CBN, cause the proceeds to be transferred into the consolidated revenue account of the federation for necessary action.

“Where the funds belong to the other tiers of government, the honourable minister responsible for matters relating to finance shall within 45 days of being informed of funds in the CBN cause the proceeds to be transferred to the relevant tiers of government.

“The office of the AGF in collaboration with the office of the minister of finance shall negotiate not less than 30 per cent of any funds recovered on behalf of other tiers of government as administrative charges of the federal government of Nigeria.”

The new regulation, Mr Malami said, has replaced the Proceeds of Crimes Regulation, 2012, which he noted stands revoked from November 1.

Mr Malami said the new regulation would ensure transparency and accountability in the management of recovered looted asset and proceeds generated therefrom.

FG To Get 30% Share From Proceeds of Recovered Stolen Assets From State, LG was last modified: November 7th, 2019 by Damilare Salami