Fight Against Insurgency: Borno Hunters Advice Military To Incorporate Them 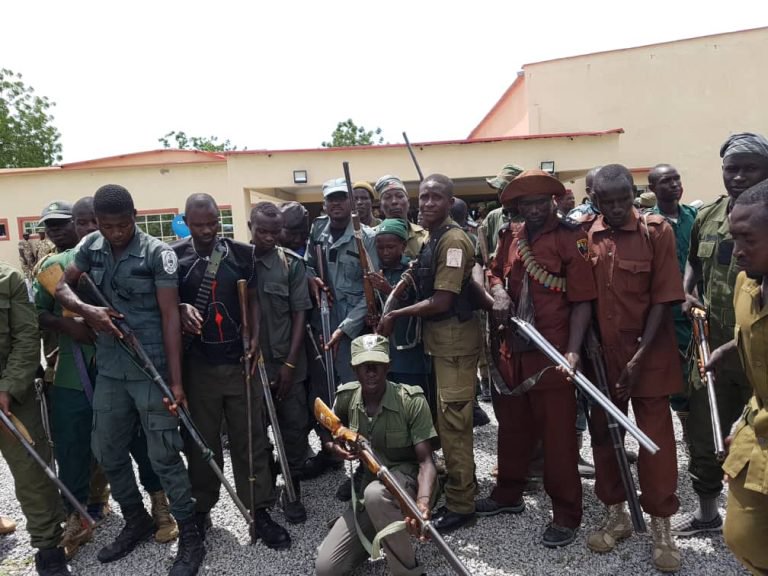 Local hunters in Borno state say they have what it takes to lock down Sambisa forest and capture Abubakar Shekau, leader of the Boko Haram insurgents.

This was revealed to TheCable by the organising secretary of the hunters’ association, Bukar Mustapha.

He said 20,000 hunters are ready for the mission to hunt down Shekau and eliminate his fighters hiding in various enclaves in Sambisa and other parts of Lake Chad.

Mustapha said the hunters were familiar with the nooks and crannies of the forest, following 30 years of experience of hunting in the forest.

“We have our diabolical spiritual charms that can send havoc into the camps of the terrorist group. This unique talent and spiritual gift where some of the things we inherited from our fore fathers,” he said.

“For example, we can lock down the forest and everything that moves in it. This will enable us to catch Boko Haram leaders, even Shekau, like rabbits.

“We have our hunters scattered across the 27 local governments in Borno state. These sets of hunters are fully armed with their bows and arrows, local guns and charms.

“All they need from the military is a motorcycle that would enable them access all the nooks and crannies. Many of our members know exactly where the Boko Haram members are hiding but were not given the go ahead to fish them out.

“I will suggest that the military should take some of our men in all their operations, so that we can take them to some of the hiding enclaves of the insurgents.

“The war against Boko Haram is not just a military war, it is a war of every meaningful citizen in the country. Christians, Muslims, traders, farmers, other religious bodies as well as stakeholders in the education sectors must complement the effort of the military in fighting terrorism.”