Film Maker, CLARENCE PETERS Reveals His Success Secrets Says “I Am Not An Unconventional Person” 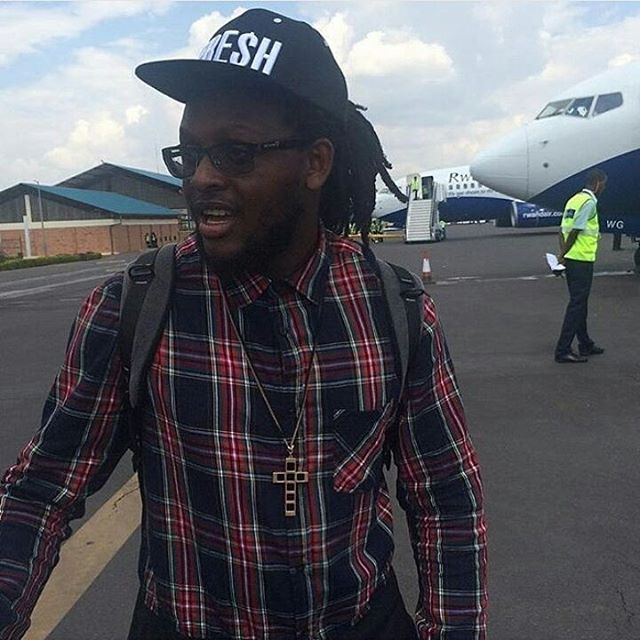 The City People Music Awards 2017 has come and gone, but its thrills will be talked about for a long time to come. At the event prolific video director, Clarence Peters, emerged the Best Video Director of the Year. Though he was absent at the event, City People Publisher SEYE KEHINDE and his Showbiz Reporter DANIJI EMMANUEL  visited  the director, while he was shooting at Koga Studios to present him his award  after the visit they interviewed him on his journey so far, over the past 2 decades and how he has been able to standout  among his peers.

Clarence is not only a Nigerian music video director, he is a  filmmaker and Cinematographer as well. He is the founder and CEO of Capital Dream Pictures, a production company that specialises in the realms of the performing arts, new media art, film, television, radio, and video. He is also the founder and CEO of Capital Hill Records, a record label home to Tha Suspect and Illbliss. In 1998, he was involved in a Mobil-sponsored music video for a documentary on AIDS. He directed 40 episodes of the TV series, Everyday People. Peters has directed music videos for recording artists across an array of genres and generations, including Darey, Durella, and Wizkid. In 2012, he shot the music video for Shuga’s theme song which was recorded by Boneye from P-Unit, Banky W., Wizkid , and L-Tido. Peters has also shot a good number of documentaries, TV commercials, short films, and TV features. In April 2014, Absolut Vodka honored Peters for his creativity.

Peters was born into a prominent family. He is the son of Sir Shina Peters, a musician, and Clarion Chukwura, the veteran actress. He had his primary education from BI primary school, and his secondary education at Government College Ikorodu. After finishing secondary school, he worked at Alpha Visions for 3 years. He then went to South Africa to study and  graduated from City Varsity, a film school in Cape Town, South Africa. He majored in Cinematography. Upon return to Nigeria, Peters teamed up with a group of filmmakers to establish the Alliance Film Company, which is now known as the Allied Film Company.  Peters worked with the company for a year and eventually started his own production company. Peters has cited Steven Spielberg,  Hype Williams, DJ Tee, Akin Alabi, Wudi Awa, HG2films, Kemi Adetiba, Sesan, Aje, and AK 1 as people he admires. Enjoy this lovely interview below, as multi-award winning director, Clarence Peters intelligently reveals his success secrets.

How long have you been doing this?

When you stand on your passion for something you would really love it, so its full on passion first, then as you grow older there’s a lot of more responsibilities, your luggage still has the passion, but other things start to come into places just like you been able to take care of your responsibilities and coming full circle as well as a mature man. It’s still passion for the fact that I love what I do even though it gets very annoying.

You seem to put too much energy into what you do, why is that?

At what stage in your career did you feel you had hit it big?

I don’t know, people should be the one to tell me what stage. I don’t think anyone can really determine the stage they did break through. From the market point of view, it is the market force that would pop up your value, your personal worth is your personal worth or how you believe in yourself but in the eye of people, market force in business is the market force, I don’t ever think of it, I still feel I am the same way as I have been since day one. In business, especially in Nigeria, the moment that you take your eyes off the ball, in this town in Lagos with the speed in which everything is going, with an economy that is unstable, you would get swept away, you cannot take your eyes off the ball, so I cannot take my eyes off the ball or be thinking about what stage I am in now, all those things are temporary.

Yes, the evolution is the business in general, if you do not evolve, you would get swept away. 10 years ago there was no Twitter and Instagram, and even when they first surfaced, people didn’t think they would affect the market, they didn’t think they would affect just society as much as they have. The people who saw the potential and put their ears to the ground and started from a very stage to mould their business around it, they are the ones who have survived. So for me it’s to always understand the “that whole thing” of not believing in the hype. If there’s an 18 year old kid that is doing amazingly well, and you’re like, because he’s a small boy I’m a big boy, I don’t have anything to learn from him,  that would have to be the biggest stupidity any business man, infact any man can impose on himself. You constantly learn from the younger generation, so that you can evolve, there is no other way to evolve.

How do you cope with the volume of work?

What stands you out from your peers in terms of your work?

Again I don’t look at it like that, literally you are only as good as your very last work, some people may be like that’s actually unrealistic, it’s just to some extent, on the short term, it is people who remember the work you have done a year ago and that gives you demand for a while, but you see, if you base on just that one work that you’ve done, I mean these days, in less than 8 months to 9 months, you’ll literally just start to see your demand start to drop. I don’t necessarily see myself as this is what stand me apart, rather I see my company apart from everyone else.

The caliber of people I work with, I don’t necessarily believe in working with the best people, I believe in working with the people that are the hungriest, that love the job the most because they would learn, and with them learning I would learn and they would become the best in what they do and in their own way. So it’s the quality of the people that I work with and the fact that we strive on a constant basis to continually evolve our business mojo. We try to hold on to some principles even though it gets harder every day but we constantly evolve to the best to evolve our business mojo.

And the understanding of the need to constantly evolve your business mojo, going into everything new and understanding that nothing is promised to anybody, not feeling entitled, that is what makes my structure and company stand out from everyone else, from other production company that do the same things I do.

It’s also complicated because there is no other production company that does what we do, please let me explain this; we work a vast company that works on different kind of projects; we are a record label, we are a consulting agent, we consult for firms, we shoot television contents, we shoot commercials, we do brand consulting, image consulting, all that work informs the different things that we do, most of what people get to see to know that it is us is the music videos.

What inspires the creativity that you put in every of your videos?

Again, filmmaking is a collaborative effort. The foundation might come from me but it still a collaborative effort. It is mostly understanding the brand who you are shooting for, where that person is in their career. You may have the best idea to shoot a video and shoot it for a brand and it doesn’t work because that is not what the brand needs at that point. So, because of the fact that we deal in brands, especially urban brands across a period of time and we have been dealing with them for a while and that has come to be the major motivations to how you create and come up with the idea to what you shoot or your creatives.

What informs your look, especially your hair and beards, could it be the workload?

Ha! My brother it’s not workload o, I don’t have the patience to be going to barber to cut my hair. Its not dread o, it’s a style called “Not going to barber” *laughs*. It’s mostly directors, it’s just my nonchalance, there was never any thought processing that I want to look like this.

Would you say you are unconventional?

I am not unconventional; I try to do what is necessary. I don’t try to be arty, I strive to live a normal life, I don’t do the whole, “he is a creative that is why he is like that”, it’s an excuse for a lot of things, so if I happen to do something unconventional that it is because it makes sense to me, given my circumstance, its directed by the circumstance that I’m in apart from the time in life or just my life.

Film Maker, CLARENCE PETERS Reveals His Success Secrets Says “I Am Not An Unconventional Person” was last modified: August 21st, 2017 by Daniji Emmanuel

Tug Of War: Senate Confronts Osinbajo – Tells Pencom, 2 Others Not To Resume Before Confirmation