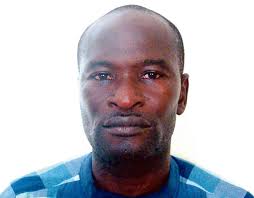 The Department of State Services (DSS) on Thursday arraigned Jones Abiri, a journalist who has been in its custody since 2016, at a magistrate court in Abuja.

Abiri, publisher of the Weekly Source, a newspaper based in Yenagoa, Bayelsa state, was picked up by agents of the DSS on the allegation that he is the leader of joint revolutionary council of the Joint Niger Delta Liberation Force, a separatist group.

He was accused Abiri of bombing oil pipelines, planning attacks on Abuja, and sending threat to international oil companies and also demanding money from them.

There has been pressure on the government and the DSS to either release or charge Abiri to court.

On Thursday, the journalist was arraigned for the first time since he was arrested and he was granted bail in the sum of N2 million.

Abiri was asked to produce two civil servants resident in Abuja who will stand as sureties.

They are not to be less grade level 15 officials and they will have to deposit their original appointment letters with the court.

But Marshal Abubakar, counsel to Abiri, informed the court of their application to vary the bail condition.

Abubakar argued that his client should be granted on self-recongnisance because he is a journalist.

“We now informed the court that our parties in this suit cannot meet the bail conditions. There is an application to vary the conditions,” he said.

“We said the first defendant Mr Jones Abiri is a journalist who has practised his journalism in Bayelsa state. So the court now adjourned for the hearing of our application to allow Mr Jones Abiri go on self-recongnisance.”

Thereafter, Chukwuemeka Nweke, the magistrate, fixed August 8 to hear the application. He also fixed August 16 for the commencement of Abiri’s trial.