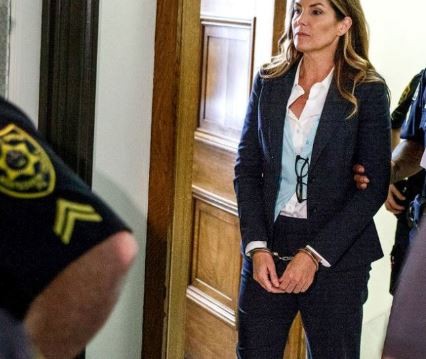 A Pennsylvania judge has ordered commonwealth’s former attorney general to report to prison by 9 a.m Thursday, Nov 29th, more than two years after she was convicted for leaking grand jury information and lying about it.

Kathleen Kane, 52, had been free on $75,000 bail while she appealed her 10-to-23-month sentence. The state Supreme Court announced Monday that it had declined to take up her case.

“Given that the rationale for (the) defendant remaining at liberty pending appeal has expired, post-sentence bail is revoked,” Judge Wendy Demchick-Alloy write in ordering Kane to report to the Montgomery County Correctional Facility.

Demchick-Alloy formally directed the Lackawanna County sheriff to serve a copy of her order on Kane, who lives in Scranton. The Montgomery County district attorney’s office formally requested the order earlier Tuesday, arguing the Supreme Court decision was the end of the legal road for Kane.

“Two different appellate courts have reviewed her case, yet her judgment of sentence remains. She received a fair trial, her guilt was proven beyond a reasonable doubt and now it is time for her to serve her sentence,” District Attorney Kevin Steele wrote Kane was convicted of two counts of felony perjury and seven misdemeanors, including obstruction and conspiracy.

The first woman and first Democrat to be elected as Pennsylvania’s attorney general, Kane resigned from office after her October 2016 conviction. She had argued before Superior Court that she should have been allowed to use evidence of a pornographic email scandal that rocked the state’s judicial community as well as evidence related to the Jerry Sandusky child molestation case that her former office prosecuted.

Steele’s bail revocation motion to Demchick-Alloy anticipated that Kane may have argued the judge had discretion to keep Kane out on bail while she “seeks further state review.”  The district attorney said that was only possible under a motion for the high court to reconsider its decision turning down her appeal, which he said could not be done simply to delay the sentence. He said a reconsideration application only could have been for delay purposes.

“The Pennsylvania Supreme Court’s denial of discretionary review should be considered the conclusion of (Kane’s) avenues for direct appeal in state court,” Steele argued. The lower appeals court also rejected Kane’s argument that she should have been allowed to prevent all Montgomery County judges from handling her case, as well as her claims that evidence against her was illegally obtained and that she had been the victim of selective and vindictive prosecution.