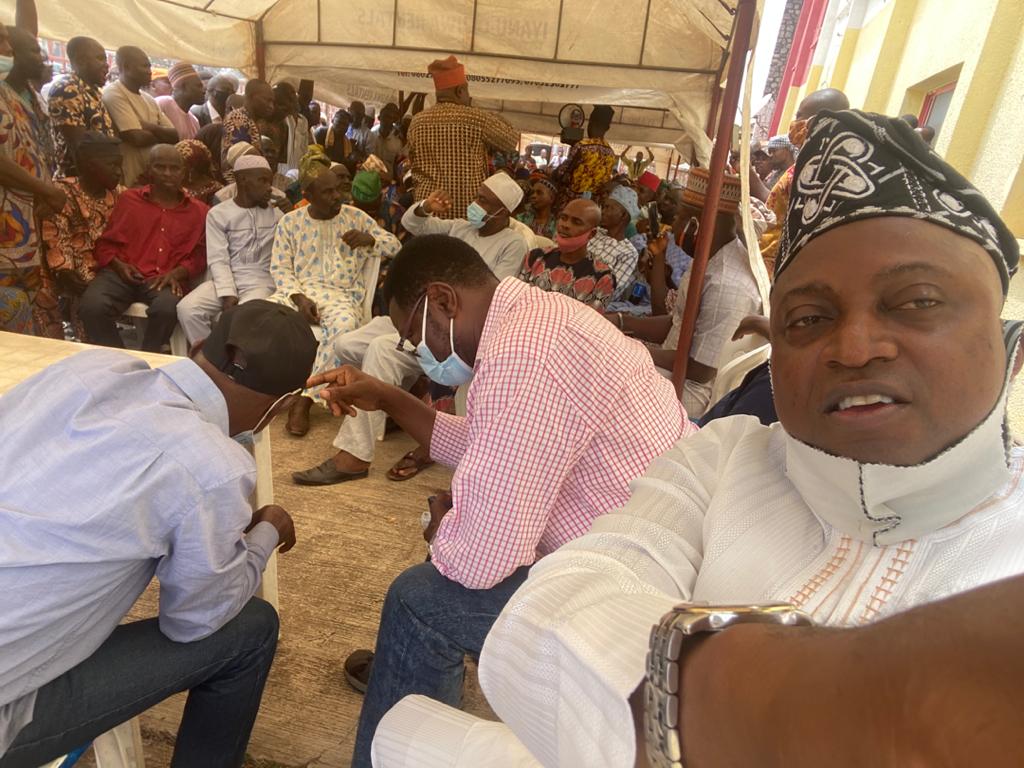 On Friday 12 February 2021, the leadership of Oyo APC, ZLP and Senator Rashidi Adewolu Ladoja Political Group met at Premier Hotel Ibadan to consider developmental issues affecting Oyo State one of which is the dissolution of the entire structure of Zenith Labour Party ( ZLP) and Ladoja Political Group in Oyo State  into the All Progressive Congress (APC).

It was agreed at that inaugural meeting that there was an urgent need to unite in order to save our dear state from economic collapse occasioned by insecurity, excessive borrowing and poor vision of Oyo State government.

At the meeting held on Tuesday 2nd March 2021 at its Samonda office, the negotiating committee reported to the house and after an exhaustive deliberations agreed as follows:

1. The entire existing structure of the ZLP and Ladoja Political Group in Oyo State immediately dissolve into the APC.

2. All members of ZLP and Ladoja Political Group are hereby directed to partake in the ongoing membership registration exercise of the APC throughout the 351 Wards of the 33 local governments of Oyo State.

3. All ZLP members and Ladoja Political Group joining the APC have been asssured that they will enjoy the same rights, privileges and benefits accruing to existing APC members.

5. The attention of all members is directed to the decision of the National Executive Committee of the APC which granted waivers to all new members or those desirous of joining APC.

6. By the said APC NEC resolution of 8th December,2020 all members whether new or existing shall immediately be entitled and qualified to contest for party and elective positions within APC without the need for a qualification period.

7. The meeting passed a vote of confidence in  our reverred leader High Chief Senator Rashidi Adewolu Ladoja and  other leaders and the executive steering the affairs of the ZLP, Ladoja Political Group and Ladoja loyalists.

8. Henceforth, the APC  and ZLP media teams should adopt a common criticism agenda.

Signed For and on behalf of ZLP and Ladoja Political Group.

‘God is surely greater than them’, Buhari’s...