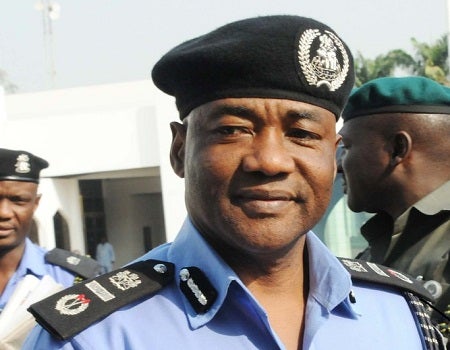 A couple of days ago, last Sunday, February 23, 2020, to be precise, a select group of distinguished Nigerians were recognized and honoured at the True Nigerians Awards and Hall Of Fame, 2020. The event, which was held at the prestigious Oriental Hotel, Lagos, was organized by one of his Naija’s most respected veteran singers, Zakky Azzay, and his formidable team.

The event was originally scheduled to take off by 4 pm, but couldn’t really get off the ground until some minutes past 6 pm. The anchor for the night was Mr. Etomo Edu. He stepped on stage at a few minutes to 6.30 and officially got things started. The first recipient of the night was the Jagaban himself. He was not present to pick his award himself but the very mention of his name as a recipient drew loud cheerers from the crowd. The second award of the night went to Dr. Innocent Chukwuma of Innoson Motors who had his award picked up by his representative, Mr. Osigwe.

At some point, ace comedian, Koffi, was called to step on stage to lighten up the hall and he did just that. He brought life to the event and got everyone laughing their hearts out. His jokes were undeniably funny, original and believable. He threw jibes at prominent Nigerians like Senator Dino Melaye, President Buhari and even the host, Zakky Azzay. He really gave a good account of himself and showed why he is one of the most respected comedians in the country.

After Koffi was done cracking the ribs of everyone present, a few more awards were presented before one of the legends of Naija music, Sunny Neji, came on stage to serenade the audience who were already anticipating a mouth watering performance from him the moment they sighted him inside the hall. And he didn’t let them down.

Briefly, skillfully, he took them through a few of his old hits such as Tolotolo, Face me, I face You, Oruka, etc, each one leaving the audience wanting more, before he finally sang one of his new compositions which suited the mood of the nation so perfectly, titled Aeroplane turner. This particular song got everyone reflecting on the state of things in the country and got more than a few believing more than ever before that, soon, we will get to see the light at the end of the tunnel.

Following Sunny Neji’s performance, another set of awards were given out. Unfortunately, nearly all of the recipients, with the exception of former IGP MD Abubakar, were absent at the event. A handful of them sent in representatives though. In all, it was a beautiful event. It was compact and well arranged. The presence of the charming former IGP who was looking very young also added some colour to the event. Many were pleased to see him in person. And he was accompanied to the event by his extremely beautiful wife.

The evening came to a close with the host, Zakky Azzay appearing on stage to give his closing remarks. He thanked everyone, including all the recipients who couldn’t make it to the event. But he thanked former IGP MD Abubakar specially. The very unassuming gentleman came, along with his wife, and both waited patiently for the programme to take off and sat through the entire event.