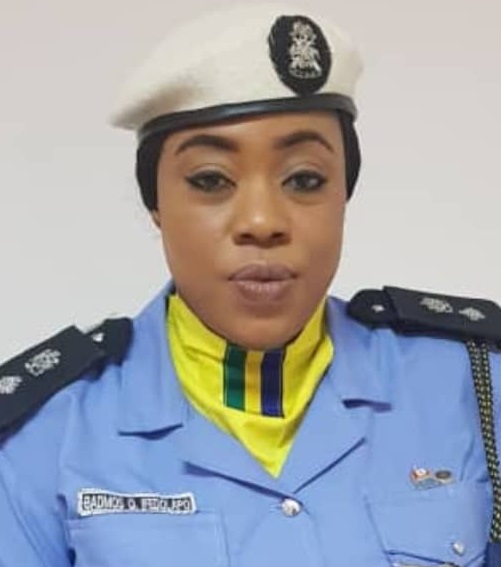 Vibrant Police PRO, Dolapo Badmus, has been promoted to the position of Provost. Under this new position, she will be in charge of disciplining erring police officers

Badmus who is known for her delectable sense of style and her strong presence on social media was redeployed to the Enforcement and Disciplinary Department of the Nigerian Police Force Headquarters as Provost.

According to reports, under this new position, she will be in charge of disciplinary actions to be taken against erring Police officers.

She took to social media to share a new photo of herself and her choice of headgear in the photo reflected her new position as provost.

Henceforth, I Shall Be Addressed As First Lady – Aisha Buhari