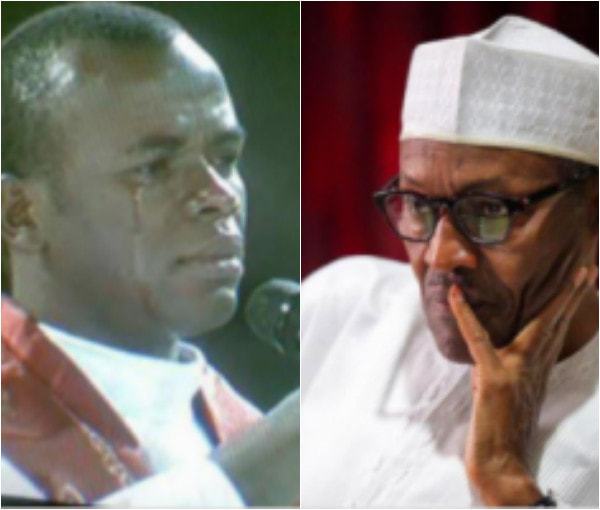 Controversial and fiery preacher, Rev Fr Ejike Mbaka has voiced out again on the health of President Muhammadu Buhari.

Mbaka, who was speaking during a weekly programme entitled ‘E No Dey Again’ held on Wednesday, said he heard a cry like pattering of the rain from the Aso Rock chamber.

The fiery preacher said he got a vision to rush to Aso Rock but on reaching there, nobody was ready to take him to where Buhari is in the UK.

The cleric during the programme said he had a vision where he was at a meeting in Aso Rock, which had Ibrahim Babaginda in attendance.

“I asked him (IBB) a question about Buhari but he told me to forget it. There is cry like rain in Aso Rock and in the north. In the spirit world, Nigerian flag is burning. Within a short time what is hidden will be revealed,” he said.

He also revealed that Holy Spirit had told him to forget trying to help the situation, adding that he had tried his best but people in Aso Rock did not listen to him.

“People/the elites already have their visas on hand, when the problem starts, it is the poor that will perish”, he added.

He also recalled that there was a time he told Buhari that people were planning to kill him but nobody listened to him.

He recalled that before Buhari travelled, he was in a vision where God told him to go and pray for him but the same Aso Rock people did not allow him in.

Submit yourself to the police- court orders Buruji Kashamu