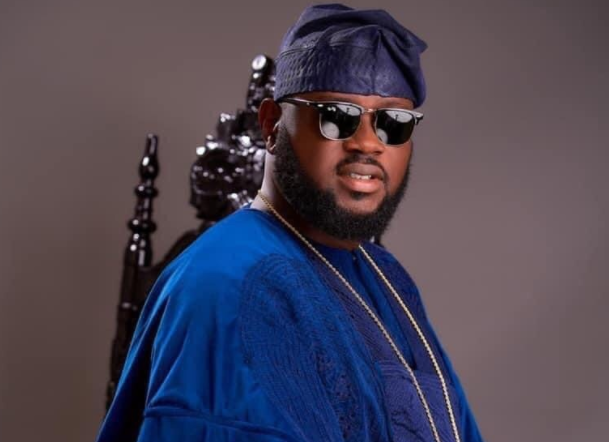 It is no longer news that Rufai, Senior Special Assistant (SSA) to Governor of Ogun State,Dapo Abiodun has been arrested by the Federal Bureau of Investigation (FBI) in New York, United States for defrauding scores of people of $650 million (N312 billion). The build up to his arrest has become the subject matter that has trigger debate on social media

A Nigerian citizen was arrested Friday evening at JFK Airport in New York on a criminal complaint charging him with wire fraud for his scheme to steal over $350,000 in unemployment benefits from the Washington State Employment Security Department, announced Acting U.S. Attorney Tessa M. Gorman.  Abidemi Rufai, aka Sandy Tang, 42, of Lekki, Nigeria, made his initial appearance Saturday May 15, 2021 in New York.  He is scheduled for a detention hearing Wednesday.

“Since the first fraud reports to our office in April 2020, we have worked diligently with a federal law enforcement team to track down the criminals who stole funds designated for pandemic relief,” said Acting U.S. Attorney Gorman.  “This is the first, but will not be the last, significant arrest in our ongoing investigation of ESD fraud.”

The criminal complaint alleges that Rufai used the stolen identities of more than 100 Washington residents to file fraudulent claims with ESD for pandemic-related unemployment benefits.  Rufai also filed fraudulent unemployment claims with Hawaii, Wyoming, Massachusetts, Montana, New York, and Pennsylvania.  Rufai used variations of a single e-mail address in a manner intended to evade automatic detection by fraud systems.  By using this practice, Rufai made it appear that each claim was connected with a different email account.

Rufai caused the fraud proceeds to be paid out to online payment accounts such as ‘Green Dot’ accounts, or wired to bank accounts controlled by “money mules.”  Some of the proceeds were then mailed to the Jamaica, New York address of Rufai’s relative.  Law enforcement determined more than $288,000 was deposited into an American bank account controlled by Rufai between March and August 2020.

“Greed is a powerful motivator.  Unfortunately, the greed alleged to this defendant affects all taxpayers,” said Donald Voiret, Special Agent in Charge FBI Seattle. “The FBI and our partners will not stand idly by while individuals attempt to defraud programs meant to assist American workers and families suffering the consequences of the Covid-19 pandemic.”

Wire fraud is punishable by up to thirty years in prison when it relates to benefits paid in connection with a presidentially-declared disaster or emergency, such as the COVID-19 pandemic.

The charges contained in the complaint are only allegations.  A person is presumed innocent unless and until he or she is proven guilty beyond a reasonable doubt in a court of law.

This case was investigated by the FBI, with assistance from the Department of Labor Office of Inspector General (DOL-OIG).  The fraud on ESD is being investigated cooperatively by the FBI, DOL-OIG, Social Security Office of Inspector General, U.S. Secret Service, the United States Postal Inspection Service, and the Internal Revenue Service Criminal Investigations.  The Washington Employment Security Department is cooperating in the investigation.

Abidemi Rufai was born November 6, 1978, he is graduate of Lagos State University and he holds a Master’s Degree in Public administration from the same school. In 2019, he contested for the Ijebu North/Ijebu East/Ogun Waterside federal constituency at the National Assembly under the platform of the All Progrssive Congress but lost to Adekoya Adesegun of the PDP

Nigerians are also condemning the act, stating that Ruafai has brought shame to the country.

NEFERTITI@firstladyship· “Leadership selection in Nigeria is horrible. Scammers, Drug Lords, Human Traffickers, have hijacked the Government at all levels. They go into politics to clean their Dutty Money Hushpuppi & AbidemiRufai could become Governors of their respective States, if they weren’t caught.

“FBI 1yr full internship on Nigeria Instagram. If AbidemiRufai wasn’t caught, he wud have been peppering the poor. Dropping hot teks on IG about Rags to Riches; aspiring & perspiring with giveaways. He’ll go to church & donate generously. An unknown NGO wud give him an award.

“He ate his indomie palliatives in Lekki (Washington branch), while Nigerians were on lockdown. Rufai is one of APC Madam Iyabo Awokoya (AKA Mommy Poverty) children. An OG living within his means.

“Abidemi Rufai is another exemplar of the Lekki Big Boy (Get Rich Or Die Trying). In a country with the poorest people of the world, some have chosen the “Road to Perdition.” Not all you see on Social Media is legit. So don’t get carried away by the glitz & glamour. GREED KILLS!!”

Fresh Facts Emerge On How Gov, Dapo Abiodun’s SSA Abidemi Rufai Got Into Trouble was last modified: May 18th, 2021 by Reporter