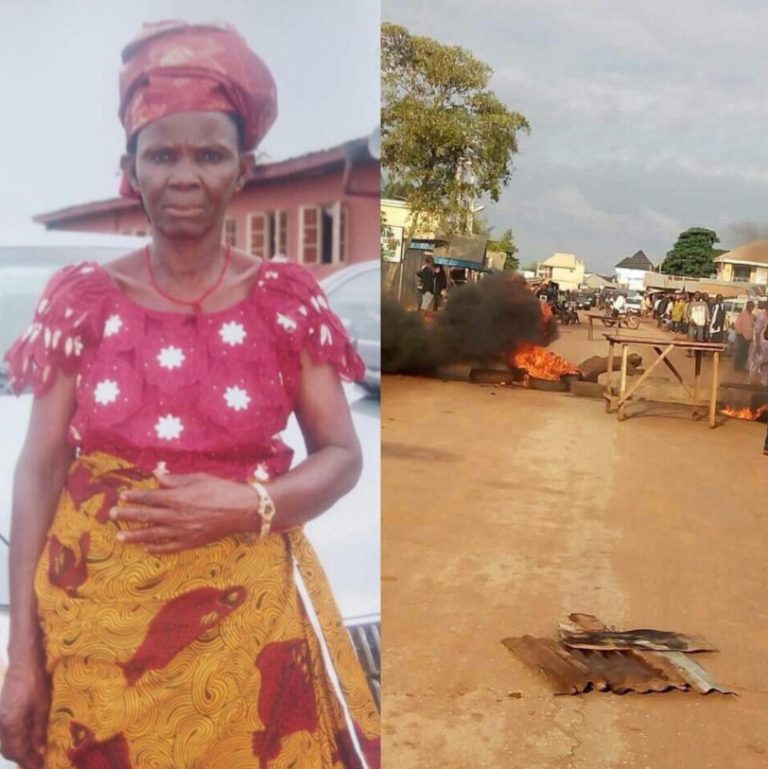 A woman identified as Margaret Udiamehi has been r*ped and beheaded by suspected herdsmen at Ekpoma, Esan West LGA of Edo state.
According to The Nation, the sad incident led to protests by community members who have bemoaned government’s loud silence as mayhem is unleashed on the people by the herdsmen.
The body of the victim was found on Tuesday night by a search party after she failed to return home from the farm while the police discovered her severed head on Wednesday morning at a different location.
Angry women of the community have taken to the streets of Ekpoma to demand for the expulsion of all herdsmen from the village and environs The protesters went to the palace of Onojie of Ekpoma and the Divisional Police headquarters to vent their anger.
They said a woman earlier escaped from the herdsman who pursued her but they took her cutlass. Speaking on behalf of the protesters, one of the women who gave her name as Grace said they were tired of watching strangers destroyed their crops, rape and kill women in the village.
She called for government protection to allow them go to the farm. Daughter of the deceased said her mother left for farm in the morning and did not return home which made a search party to the organised to look for her. .
She said they searched through the night before her naked body was discovered at about 2am and her head chopped off. Divisional Police Officer in Ekpoma, SP Franklin Akanonu, who confirmed the killing assured the protesters that the killers would be apprehended.
He urged the protesters to provide information that would help apprehend those behind the killing. Sources revealed that policemen were deployed to the Ujuelen camp of Fulani herdsmen to protect them from any possible reprisal attacks.
Fulani Herdsmen Rape And Behead Woman In Edo State was last modified: June 22nd, 2017 by Arinze Ago