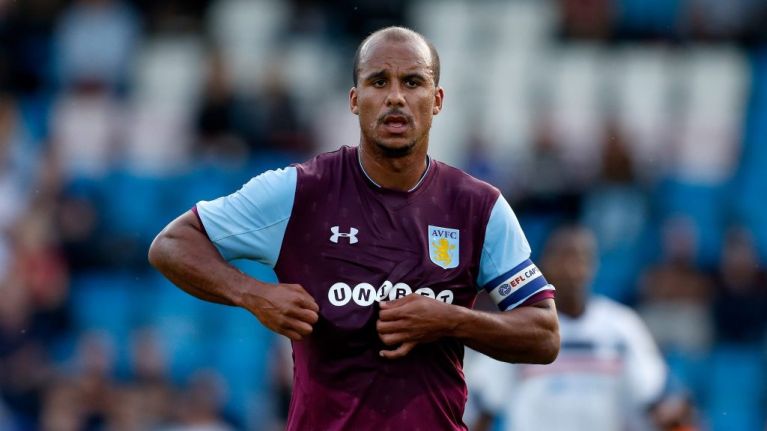 Former Aston Villa and England striker, Gabriel Agbonlahor has announced his retirement from football at the age 32.

The striker who has been without a club since leaving Villa last summer following a 17-year spell at Villa Park was forced to announced his retirement after failing to find a club.

Agbonlahor said in an Instagram post on Wednesday: “If I would have been told at school I would play nearly 400 league games be the record premiership goal scorer for Aston Villa, captain the great club and represent England at senior
level I would of laughed!!!

“The time has come to officially retire and watch Aston Villa as a fan!!!

“I wanna say thank you to all the supporters the staff I have worked with at a great club and my ex-teammates. The thought of playing for another team or playing against Aston Villa was something I just couldn’t do.

“I look forward to whatever the future holds.”

Speaking to Free Radio at the Pride of Birmingham Awards, he said: ‘I haven’t made a big deal about it, by posting anything on social media about retiring, but no that’s me done.’

Agbonlahor who first started playing from Aston Villa youth before being promoted to the senior side, played nearly 341 times for the senior team, scoring 75 goals since making his Premier League debut against Everton in 2006, at the age of 19.

The striker who has a Nigerian father and Scottish mother qualified to play for both countries but instead represented England. He played three times for England between 2009 and 2009 against Germany, Spain, and Belarus.