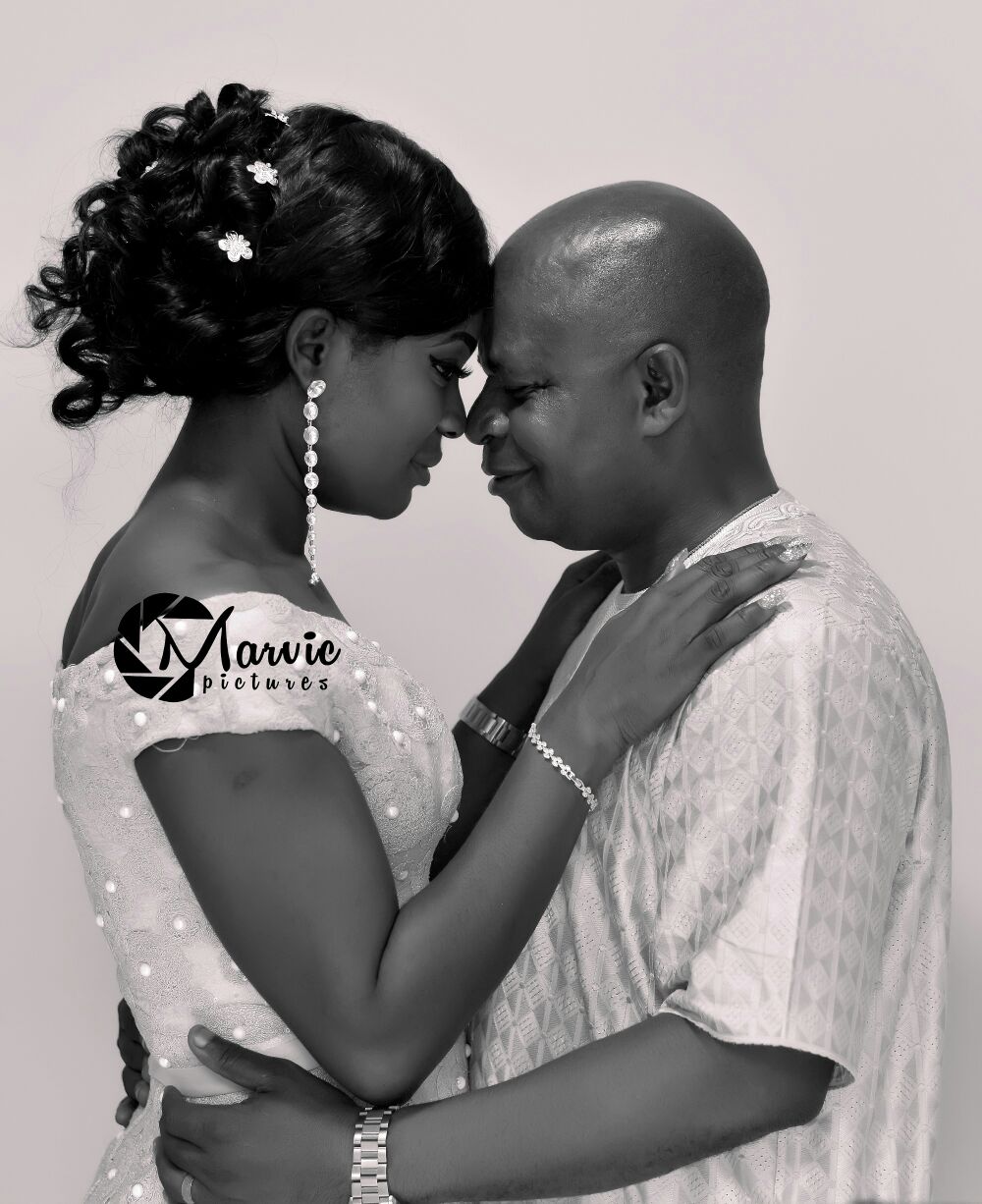 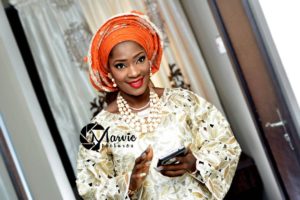 Saturday 10th December, 2016, can never be forgotten  in a hurry by the families of Ajibade of Igede-Ekiti and Oluwole of Ilorin in Kwara State, and their well withers. As their children Adegoke and Adeola formalised their friendship in holy matrimony. The event took place at the Orchid 2 Hall, Mauve 21 Event Centre, MKO Way, Ibadan. Introduction took place at 2, Winjobi Close, Arometa, Eleyele, Ibadan, on Friday 9th, 2016. City People’s Dare Adeniran was there and brought to you the glitz and glamour from the exclusive wedding ceremony.
The Event
Adegoke and Adeola wedding ceremony in Ibadan could best be described as a moderate, but classy party. Everything about the party spoke volume of class and high taste of the couple. Right from the hall that was transformed into a mini paradise with an elaborate decoration in fushia pink, white and gold colours, to the food and drinks that were served, everything was just in line with high standard. Jade’s Cuisine and other top party vendors catered for guests. Adewale Ola Folasola of Lagelu F.M was the M.C of the day. D.J Rupneck was on the wheel of steel.
Account of what transpired at the wedding would not be complete without mentioning the contribution of Oshewabeauty that took charge of makeup, cake was handled Sweetcrumbcake, dress by Ceolumineeofficial, Hair Style by Style ‘N’ Smile, while costume was by Bimpy Haute. 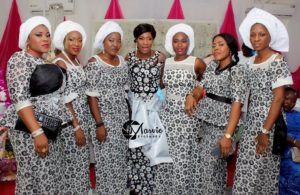 About The Couple
Adegoke and Adeola love story is an interesting one. Their own wasn’t love at first sight, but rather a friendship that grew into relationship and later rolled into unshakable love. For six good years, they watched and studied each other and today they have become best of friends and each other’s confidant. According to Adeola, “we met about 6 year ago at my working place A.P Filling Station (now Forte Oil). I love him because he is my choice of man; very pleasant, cool, jovial, nice but highly principled. He is a no nonsense man. He is also a hard-working man, he is a Manager at one of the Total Filling Stations in Lagos.”
Between The Bride And Two Sisters
The family bond between the bride and her sisters, Funmi and Kemi Oyeniyi, is very strong. So much that one would find it difficult to even differentiate their ages the way they relate with one an other. Kemi Oyeniyi, the bride’s elder sister  stood solidly behind her all through.
The Bride And Groom’s Parents
The joy of any parent is to watch his/her children successful in life and part of being successful is to marry a good spouse. No wonder both parents were full of joy to have witnessed their children’s wedding ceremony. As Chief Clement and Mrs. Adenike Oluwole, the bride’s parents joyful gave out their daughter in marriage to Mr. & Mrs. Ajibade, the groom’s parents.
Akeem Bayewu and Taiwo Banjo  As Perfect Hosts
The duo of Alhaji Akeem Bayewu and beautiful Taiwo Banjo were excellent hosts of the event from the bride’s side. Akeem was in charge of sitting arrangement for guests and also made sure that guests were taken care of in term of food and drink. Taiwo played the same role for the ladies and also monitored sharing of souvenirs to guests. In fact, they played their roles to the maximum best of their ability.
The Bride’s Friends
Mostly, the level of support one gets during a social function determines your relationship with people and the level of respect they have for you. Massive presence of Adeola’s friends showed that she is good to them. The list of her friends who came for the party include Tejumola Abosede, Busayo,Omotola Olatunji Layeni, Bose, Taiwo Banjo, Raji Taiwo, Ojeniyi Yetunde, Omolara Eniola Ayinde,Timi, Mariam and a host of others. 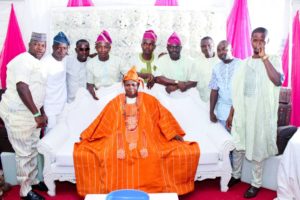 About The Groom’s Sisters
There were these four women from the groom’s family, who wore the same clothes. They are Chief (Mrs.) F. Osalusi; Pastor (Mrs.) Smath and Mrs. Mayowa Saanu. They played one major role or the other all the while the event lasted especially Mrs. Osalusi, who was always behind the groom, whispering to him the dos and donts of traditional wedding.
Chairman’s Advice To The Couple
Chairman of the event, Chief Adebayo, after praying for the couple, advised them not to allow a third party in their marriage. That they should learn to quickly forgive each other as there is bound to be misunderstanding, but their power lies in how fast they could resolve their rift. He further said that they make love the bedrock and foundation of their marriage and be very careful of distractions.
Roll Call
Mrs. Ibiwoye; Mr & Mrs Ademola Johnson Chief (Mrs.) F. Osalusi; Pastor (Mrs.) Smath; Mr. Ademola Ajibade; Kolawole Osulusi; Akeem Bayewu; Mr Clement Akpaibor;Yemi Awoyemi; Tejumola Abosede; Raji Taiwo; Mr. & Mrs. Femi Adaramodu; Mr & Mrs. Tayo Akodu; Bose; Taiwo Banjo; Busayo Odeba ; Mr Anjorin; Mr. Abiodun Lawal of the New Fashion; Reverend Mrs Adekoya and others
When Gbagada Forte Oil Top Staffer, Adeola, Weds Adegoke In Ibadan. was last modified: December 27th, 2016 by Online Source