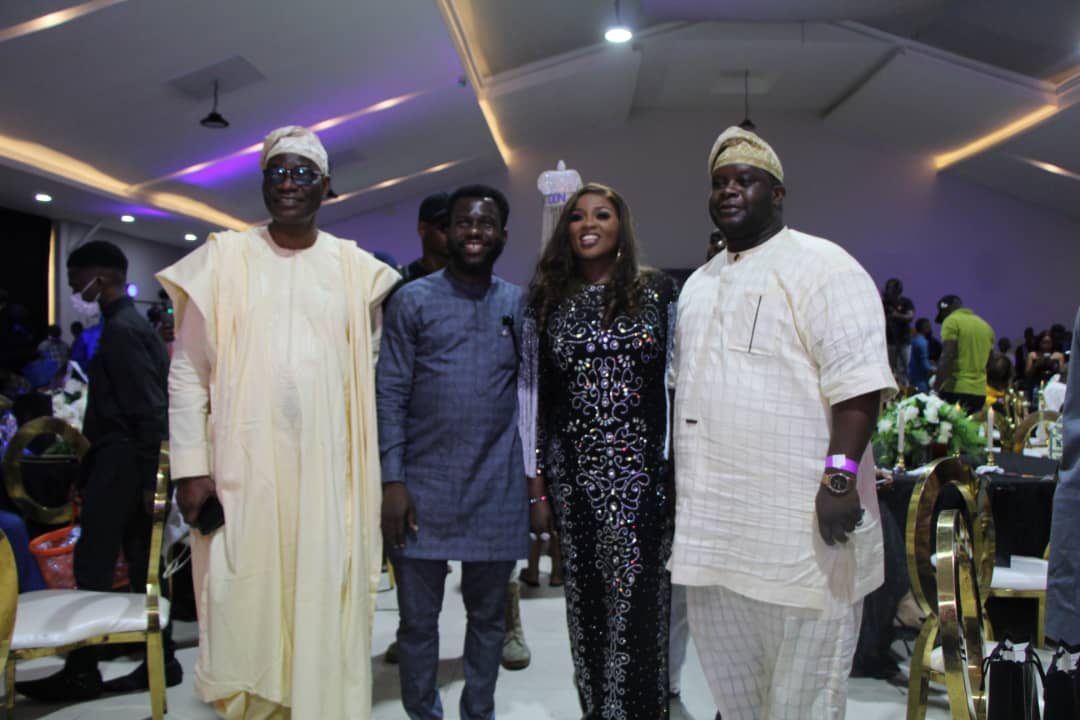 It was a gathering of who-is-who in the society and the entertainment industry on Sunday 5th December 2021, at Mercelina’s Place, 36, Isaac John, Ikeja GRA, Lagos. As an inspirational writer and soulful singer, Engr. (Dr.) Funmilayo Waheed-Adekojo, popularly known as Funmi Ayinke, launched her debut album, The Journey in style. This is coming after her first single effort, ‘It’s Our Time’s.

In the album are soul-lifting tracks like Halleluya, Afunscosco, Obinrin, It’s our time, Reflection, Obinrin Remix (ft Tunde Tdot), I Can Make It (ft Jaywon), The Journey, Ife (the only thing that matters), It’s Our Time (ft Commander Ebenezer Obey, Magnito & Klint D Drunk), Pillar, Disappointment, It Does Not Exist, Olorun Agbaye and Open Letter (I love you).

The colourful event, which kicked off with red carpet, didn’t only parade top personalities, a good number of notable Nigerian music stars also thrilled guests. Teniola Apata, popularly known as ‘Teni the entertainer’; Iledare Oluwajuwonlo, better known as Jaywon; Tunde Tdot of Styl-Plus and several others gave best accounts of themselves at the album launch. There were also lots of to eat and to drink, as guests the cozy atmosphere at the glamorously decorated venue.

Some of the top dignitaries at the event include the former governor of Ogun State, Otunba Gbenga Daniel; a member of the House of Representatives, Hon. Shina Peller; the publisher of Ovation International, Bashorun Dele Momodu; royal fathers and others.

The Journey, according to Funmi Ayinke, is a well-written and powerfully composed album. To serve as a strong source of motivation and inspiration to listeners, providing needed zest to those in a moment of darkness and hope for the downcast.

Why I Decamped To PDP; Jandor Reveals