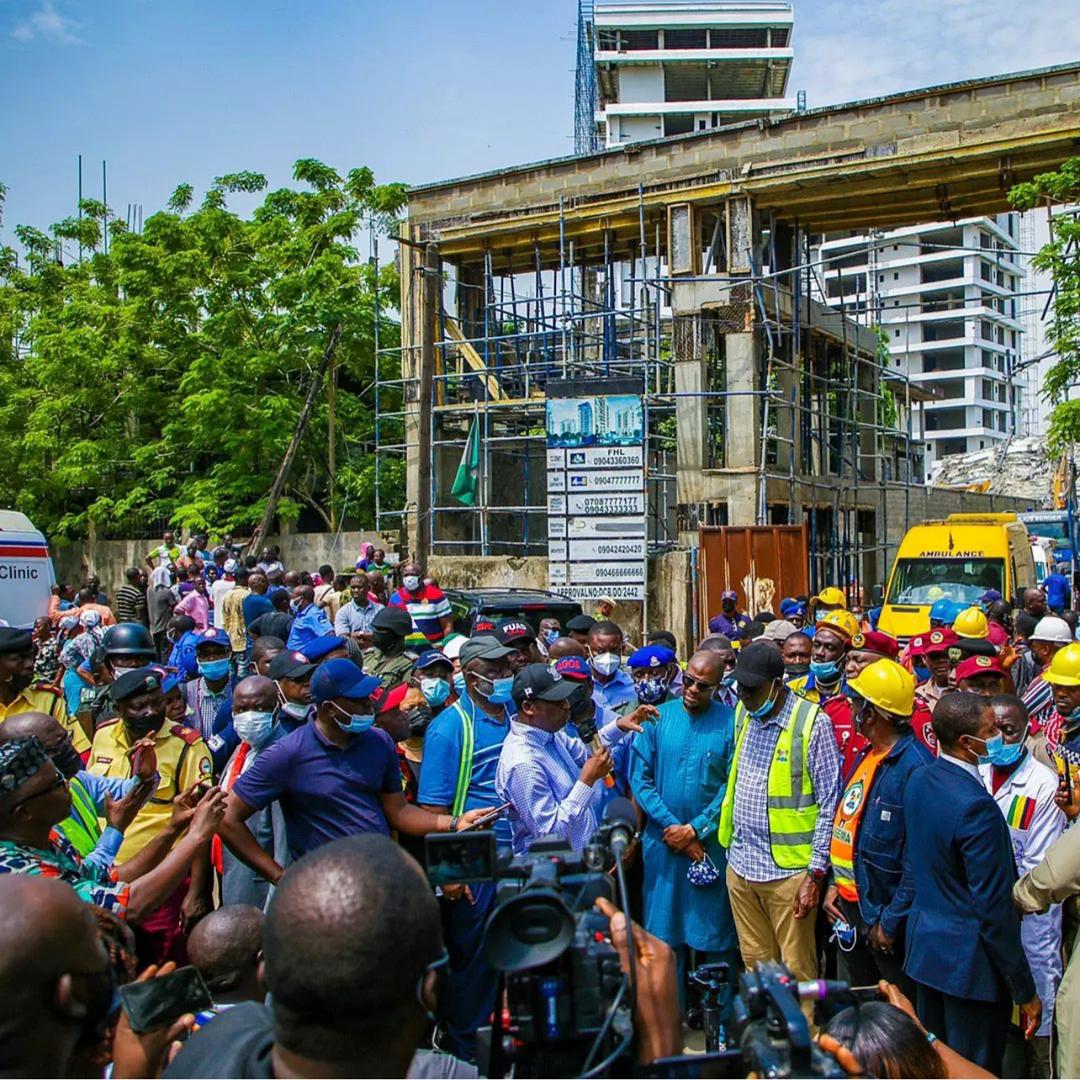 The Lagos State Government is setting up an independent panel to probe the collapse of the 21-storey building on Gerrard Road, Ikoyi. Members of the panel will be drawn from the Nigeria Institute of Architects (NIA), Nigerian Institute of Town Planners (NITP), Nigeria Society of Engineers (NSE) and other professional bodies.

It will independently investigate the remote and immediate causes of the incident and make recommendations on how to prevent future occurrences. The investigation is not part of the internal probe already being conducted by the government.

Governor Babajide Sanwo-Olu has said the government will surely find out what went wrong and punish those indicted. The Governor, as a first step, has directed that the General Manager of the Lagos State Building Control Agency (LASBCA), Mr Gbolahan Oki, an architect, be suspended from work immediately. The suspension is indefinite.

More equipment and personnel have been deployed to the site to save more lives.

Nine persons – all men – have been pulled out of the rubble alive. They have been taken to the hospital. Unfortunately, 14 others were brought out dead – as at 2 pm.

Mr Sanwo-Olu thanks all first responders and those who have joined the rescue efforts, including construction giants Julius Berger, Chinese Civil Engineering Construction Corporation (CCECC) and the National Emergency Management Agency (NEMA).

A help desk is to be set up at the site for people seeking information about their relations who may have been involved in the incident. The media are hereby notified that the government will be releasing information whenever the need arises to avoid any sensational reporting of the unfortunate incident.

The Deputy Governor, Dr Kadri Obafemi Hamzat, was today at the site to encourage rescuers and comfort relations of those trapped in the rubble. Dr Hamzat left the site for the Lagos Island General Hospital to see the survivors.

We wish to state that there will be no cover-up in the search for the truth in this incident. If anybody is found to have been indicted, he or she will face the law.

It is important to restate that all developers and property owners are required to adhere strictly to all Building Codes and Planning Regulations to ensure the safety of lives and property. Those who ignore such regulations, breaking seals and defying enforcement, will surely be prosecuted.

READ ALSO: MANY LESSONS LIFE HAS TAUGHT ME AT 85 – MADAM CHRISTIANAH BAMIDELE OLOWE