GLO Brings Battle Of The Year To Nigerians 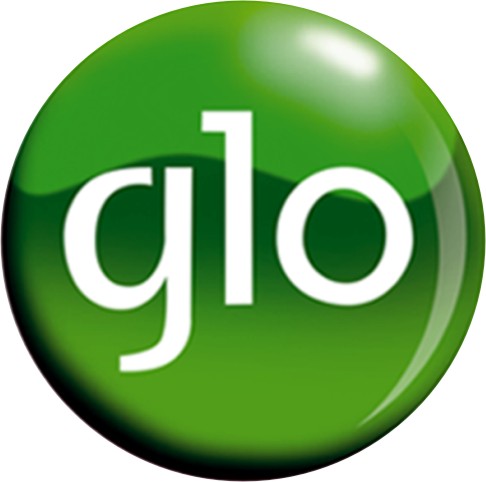 •All The Details Of The Spectacular Reality TV Show

There is no gainsaying that the coronavirus pandemic in the last two years has really upset the apple cart order as far as normality is concerned and has brought a lot of lethargy and untold hardship to the land. The world of entertainment has been most affected with the attendant social distancing guidelines. Performers and fans alike have been pulling their hair in boredom. Doesn’t the country, indeed the world deserve some positive vibes and entertainment jolt?

Enter Nigeria’s leading telecommunications operator, otherwise referred to as the grandmasters of data, Globacom. It has done what it knows how to do best, give Nigerians and indeed Africans and the world at large what they crave.  Believe it or not, Globacom has brought the Battle of The Year reality show to Nigeria. Hence, for the next few months, fun-loving Nigerians, especially dance enthusiasts, will be glued to their TV sets as the world’s biggest breakdance competition, Battle of the Year hits the screens

Battle of the year is an international competition that has been running for over 10 years worldwide as a one-off live event. It is a fast-paced, action-packed show where the best dance crews and individuals in the country go head-to-head and battle each other to see who will represent Nigeria in the international Battle of the Year competition. For the first time ever, Globacom is now taking BATTLE OF THE YEAR NIGERIA into the mainstream media with a 13-part televised reality show.

The first 11 episodes will capture the thrills, spills, trials, pain, drama, backstories and action of the aspiring dancers as they battle through to the Regional qualifiers. Episodes 12 and 13 culminate in the Live SEMI & FINALS events in Lagos as the judges observe and pick a winner in each battle category. The ultimate breakdance winner will go on to represent Nigeria at the international battle of the year competition in Japan Catch all the exclusive Dance workshops and behind the scenes content on. Excitement has continued to build up as regional champions have already emerged. The auditions for the competition, which were recently wrapped up with the Lagos regional battles, were roundly described as “captivating”, following earlier outings in Abuja, Enugu, Port Harcourt, Kaduna and Benin.

At a media parley and interactive session hosted by Globacom, the company provided updates on the conclusion of regional auditions of the competition nationwide, and equally explained the next steps of the competition which will involve a dance mentorship programme for all regional winners, and plans to air the entire show early next year to all Nigerians, as well as the semi-finals and finals of the show which will also be aired live on television.

Thousands of budding dancers stormed the various venues of the regional auditions to showcase their dancing skills as the quest to select Nigeria’s winner of the Glo the Battle of the Year Nigeria continues. The company said fans and judges present at the various venues of the regional auditions were delighted with dexterous dance moves, with local and international dance legends such as Poco Lee, Pinky Debbie, Izzy Odigie, Big Flo, Maxbuck, Dunamis, Franc Okwara, JC Jedor, Poxy (Cameroon), Gidnasty (USA), Menno (Netherlands) and Manuela (Germany) all taking part. They are also set to feature at the next stage of the competition.

Globacom stated at the unveiling of the show that the competition was set to redefine entertainment in Nigeria. It explained that the show would offer unlimited opportunities for Nigerian youth to pursue their passion. “In line with our commitment to promoting the Nigerian entertainment industry and youth talent development across the country, we are excited to unleash the unlimited potential of Nigerian dancers and provide the platform for them to showcase their abilities on the world stage”.N84 million prize money and a chance to represent Nigeria at the international Battle of the Year contest, are all up to be won by dancers and dancing crew across the country.

The CEO, House of Royalty, and Project Coordinator, Jolomi Kendaboh, noted that Glo Battle of the Year is the preliminary to the annual International Battle of the Year breakdance championship. “We are confident that with the backing and full support of Globacom, we would take the standard of the dance competition to the next level”, he said. Glo Battle of the Year auditions took place across six states- Lagos, Kaduna, Benin, Port Harcourt, Enugu, and Abuja.

This is not the first time that the company has brought leading reality shows to Nigeria. In 2013, the company made waves in the entertainment circles in Nigeria when it brought one of the most-watched entertainment shows in the world, Simon Cowell’s X-Factor, to Nigeria. For several weeks, TV watchers were entertained by singing talents in Nigeria and Ghana, and at the end of the show, Obianuju Udeh, popularly called DJ Switch, emerged the winner and her journey to fame began.

Indeed, since it launched operations in 2003, Globacom has carved a niche for itself as the biggest corporate supporter of the entertainment industry in Nigeria. It has supported the growth of indigenous music through the sponsorship of Glo Naija Sings which gave a platform for budding singers to showcase themselves over a period of three years.

In 2017, Globacom also made a foray into a dancing reality show as it sponsored “Dance with Peter” dancing competition put together by Peter Okoye of the P-Square fame. It was the first time a corporate organisation sponsored a dance reality show in the country.

GLO Brings Battle Of The Year To Nigerians was last modified: January 12th, 2022 by Kelechi Okorie