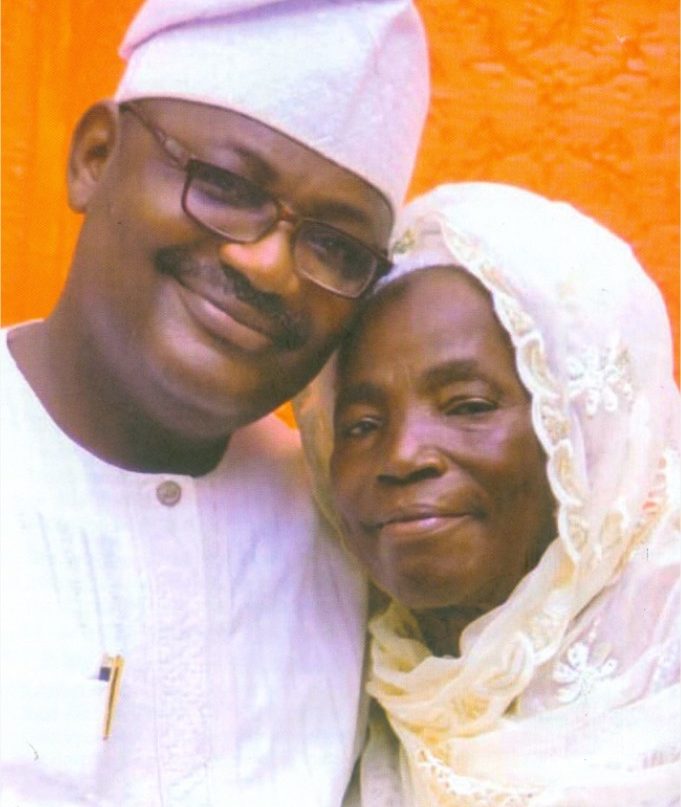 On the 17th of October, 2021 the sleepy town of Imeko in Ogun State came alive, as it played host to many dignitaries from all walks of life. How best do we describe an event that witnessed the presence of No 2 citizen of Nigeria, Prof. Yemi Osinbajo; the Governor of Ogun State,  Dapo Abiodun; the Deputy Governor of Ogun State, Mrs. Noimot Yinusa and many other top dignitaries, government officials, and top politicians and barons of industries.

They all came to support one of their own, Ogun ex-Governorship Aspirant, Prince Gboyega Nasir Isiaka, who gave his mother befitting burial rites.

The Fidau prayer and final burial ceremony of Alhaja Kuburat Agbeke Isiaka (Iya Adinnin of Imeko) took place at AUD Primary School, Imeko, Imeko Afon Local Government Area in Ogun State. Undoubtedly, its memory will linger for a while in the minds of all those who attended.

Head of City People’s TV, SUNDAY ADIGUN and Photo Journalist, SUNDAY ADERIYE, were at Imeko to bring you exclusive gist from a one-in-town party.

IT ALL STARTED WITH FIDAU PRAYER

The final burial of Alhaja Kuburat Agbeke Isiaka started with Fidau prayer at an open field of AUD Primary School, Imeko, where big tents/marques were erected. The first big tent was used for the Fidau prayer, while the marque was for the entertainment of dignitaries.

Many Islamic clerics were seated representing different associations. They were indifferent uniforms. Red Cross team was also there to make sure all guests were Covid-19 compliant. You won’t be allowed into the tent or marque without using face mask which would qualify you to use hand sanitiser. The Fidau started at exactly 10 am and lasted for about 2hrs.

The first son of the family, Prince Gboyega Nasir Isiaka (GNI) came first to the field, in his complete white agbada.

GNI took time to greet all the Islamic clerics, including the Seriki of Egbaland, who has been on the seat for more than 1 hour, before the commencement of the event. Chief Imam of Egba was also present. Other siblings soon arrived and the grandchildren later joined them and the event proper started. The children and family members all wore white outfits.

One of the pretty women who caught the attention of guests with her beauty and outfit at this party was the wife of Prince Gboyega Nasir Isiaka, Mrs Oluwatoyin Isiaka.

She came in when the programme was already on, but her presence was noticed by all.

Popular Islamic cleric, Sheik Sulaimon Onikijipa, was the preacher for the day. In his sermon, he spoke about the deceased, Alhaja Agbeke, being a virtuous woman and also spoke about Prince Gboyega Nasir Isiaka as a man who God has used to lift the Isiaka’s family and the whole of Imeko town.

We can’t forget to mention the entry of a popular politician, Senator Solomon Olamilekan Adeola, popularly known as Yayi. His powerful entry into the hall while the preaching was going on literally caused distraction. Many indigenes accompanied his convoy into the venue.

As soon as he came down from his car, they started shouting his name until he got to his seat. It took the intervention of the Sheik to caution them from disrupting his message.

AND THE RECEPTION BEGINS

After the powerful message from Sheik Sulaimon Onikijipa, the Fidau prayer was brought to a close. Members of the family were asked to move to their individual canopy, while GNI and his wife also moved to his tent, where many dignitaries who couldn’t join the Fidau prayers were already waiting for him, and the reception immediately commenced. The beautiful marque was decorated with lovely flowers, Mamas photos were hung all over the place and also, at the entrance of the hall. Beautiful ushers were positioned at the entrance to lead guests to their tables. It was a very classic event. The security was on point. There was much to eat and drink.

One of the dignitaries sighted at the event was a former Governor of Ogun State, Otunba Gbenga Daniel. He was with a few of his friends. Iyalode of Egbaland, Alaba Lawson, also joined the powerful table. Senator Solomon Olamilekan Adeola Yayi was one of the dignitaries on the same table with OGD.

More than 10 top Ogun Obas were sighted at the reception. Akarigbo of Remo, Oba Babatunde Ajayi, with Alaperu of Iperuland, Oba Adeleke Idowu Basibo and others on the same table. Also on the list of royal fathers present was Eselu of Iselu, Oba Ebenezer Akinyemi Akintunde. What about Abepa of Joga Onile, Oba Adekeye with his beautiful Olori? They all came in their full royal regalia to support their son, Prince Gboyega Nasir Isiaka, GNI, Basorun Bode Mustapha was there too.

Let’s not forget to tell you that Basorun, Osi of Egbaland, Chief Bode Mustapha, represented Alake of Egbaland, HRM, Oba Adedotun Aremu Gbadebo. Basorun Bode Mustapha was at the Fidau prayer and stayed till almost the end of the party. All for the love they have for GNI.

You need no one to tell you that Prince Gboyega Nasir Isiaka is relevant in Nigeria’s politics. He’s one of the voices to reckon with, hence the presence of the No 2 citizen of Nigeria, V.P., Prof Yemi Osinbajo and the No 1 citizen of Ogun State, Gov. Dapo Abiodun. The two powerful men came in their full convoy to support their close friend. And, indeed, they really made statements and dazzled at the reception.

Gov. Dapo Abiodun revealed how GNI broke the news of the death of his mother a week after the burial of his own daddy. He said he was not opportune to meet Mama before she answered the call of God, but he could testify that her good deeds resonate in the life of her son, who has been his friend for a long time. He prayed for GNI and the entire family of Isiaka. He also promised good people of Imeko of amenities and congratulates them for having a worthy son, who has been representing them well not only in the country but all over the world.

K1 ON THE BANDSTAND

In such a big event one needs no one to tell you that the only musician big enough perform is no other than the Maiyegun of Yorubaland himself, King Wasiu Ayinde Marshal. He was on the bandstand and made the night a memorable one with his Fuji music, while actor Yemi Shodimu compered.