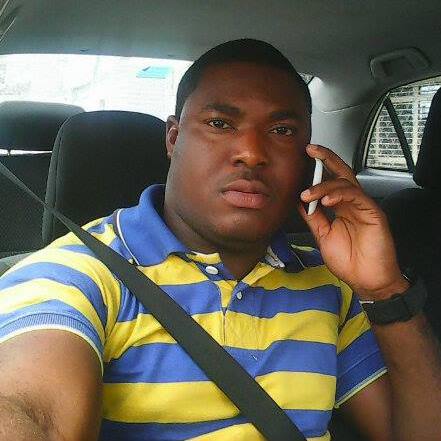 Prophet Babajide Fadairo is a popular man of God. He pastors the Celestial Church of Christ, (House of David) parish. His ministry is CHRIST THE LIVING WATER at 15 Oremerin Bus Stop, Doyin Medina in Ogun State. He is one of the most sought-after men of God because of the efficacy of his prayers and his ability to foresee what lies ahead. A few days back, this handsome prophet foresees City People Publisher SEYE KEHINDE about how God called him to serve him.

How and when did you get called?
My name is Prophet Babajide Fadairo. I was born on 31st of March 1987. Ever since I was young I have always had this rare opportunity to hear voices, see clipses, see things, through dreams. As I was growing up it got to a point where I was always soliloquizing and people thought I was having mental issues. As I was growing up, those gifts were always there. It didn’t stop. When I was in school, it still didn’t stop. When I left school it didn’t stop.

I remember vividly when for the first time I heard the voice of the Lord. It was in 2013. It was in Christ Apostolic Church, 15, Titi Ladipo Street at Idimu in Lagos.

The woman who owns the church is a mother to my friend. Tayo Arawusi.
She is Chief Mrs. Prophetess Arawusi. That was the first time I was going to hear the voice of the Lord. But I didn’t know what hearing the voice means. Thank God for her. She made it known to me. So, I was in banking sector for a while. I worked as a State Financial Officer.

I have worked in different banks like GTBank, Union Bank. But I just noticed that every time I find myself doing anything I enjoy, its always talking about God.So it got to a time that I was getting fed up with banking. I don’t know why. I had money but I wasn’t happy with what I was doing. Whenever I woke up, I won’t feel like going to work. So I had to talk a few friends of mine. I told them I don’t know what was happening to me.

There was one of my friends called Prophet Olamide Olawole. I was with him. He had an elder sister who is a Prophetess, she stays in Dubai. We placed a call to her and I said sister pray for me. As she was praying for me she just said the Lord wants you to go into full time Ministry. She told me a lot of things about myself. She said its better you do it now so that you don’t go to jail. She said go and start a full time Ministry. Since I didn’t want to go to jail, I started it. So, I took some time to seek the face of the Lord again. I asked God again.

I said God do you want me to go into this? Is this what you want me to do? Because there is a difference between having a gift as a Prophet and been called into a full time prophetic ministry. They are two different things. So, I took my time. I fasted, I prayed, I waited on him for a confirmation of GO into the ministry fully. And I did that, 2 years ago.

When you were young, did it ever occur to you that you were going to go into Gospel work? Was there a prediction? Did your parents know?

Yes. My mummy always knew but I never wanted to do it. She never told me that I will go into full time ministry.
She never told me to go into full time Ministry. When my mummy got pregnant and it was time to deliver me she was in labour for 3 weeks. During the time, she was in labour, she was supposed to be operaetd on, but prophesies kept coming in that if she is operated on, she will die and the baby will die and she kept going everywhere for prayers.

Everywhere, she kept going the only thing they kept telling her in Yoruba was: Omo ti o wa ninu re yi, omo alagbara ni, omo ologo nio. God wants to use him and he has a message he is bringing to the world, so don’t let the child die. Don’t worry you will deliver safely. So, when I was born there was this prophecy that they should not cut my hair until I am 3 years. They cut my hair when I passed the age of 3. So, as I kept growing, they kept taking me to the church and to church programme, like Prophet Obadares Church, Agbara Olorun Kibati.

She kept telling me, this was what they said about you oo, before I gave birth to you. From when I was young every where I went they used to tell me this is what you will do. Even when I am in the congregation, they will call me out in their midst. But I always rejected it. God for bid. I never wanted anything to do with religious aspect. I just wanted to live my life like a normal person and go to school, graduate and start to work.

It never occurred to me that I was going to be a Prophet. I never planned it. I never wanted it.

How GOD Called Me To Work For Him •LAGOS Prophet BABAJIDE FADAIRO was last modified: March 11th, 2018 by Seye Kehinde

Edible oils and how they affect you