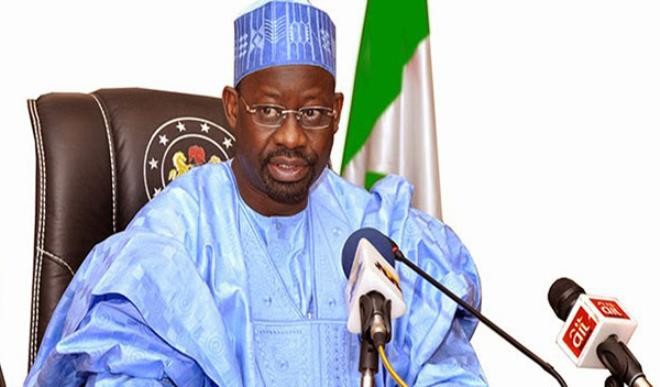 Gombe state Governor, Ibrahim Hassan Dankwambo has declared his intention to run for the office of the president come 2019.

Governor Dankwambo who made his intention known on Saturday also said that he would be running for the office of the president under the Peoples Democratic Party, PDP.

The Governor who took to his twitter handle to announce his ambition also said that he decided to run for the presidency after wide consultations with party members and with Nigerians of diverse backgrounds. The Governor announced his intention with a massive banner showing himself being mounted in the state. According to him, “After wide consultations with party members & Nigerians of diverse backgrounds! I, Dr Ibrahim Hassan Dankwambo will be running for office of the President of the Federal Republic of Nigeria under the platform of our great party, the People’s Democratic Party.