Home Social Media Good or Bad? What You Need To Know About Viral FaceApp
Social Media

Good or Bad? What You Need To Know About Viral FaceApp 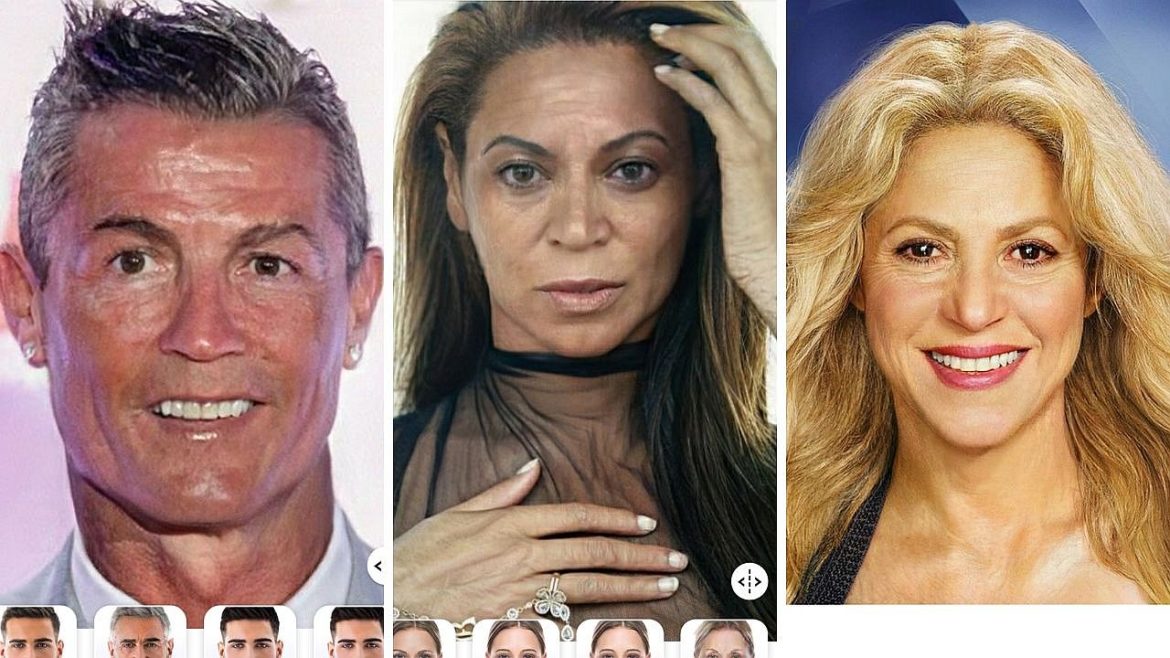 In recent weeks, millions of internet users across the world have subscribed to FaceApp, a photo-morphing application that makes use of what it calls artificial intelligence and neural face transformations to make creepy, weird, and sometimes fascinating alterations to faces.

The app can also transform a person’s face to make it smile, look younger, older, or change gender.

The application, which was launched two years ago, has been receiving a wave of attention from internet users, including celebrities, with the likes of the Jonas Brothers, Drake and Dwayne Wade, using it to show what they might look like when they get much older.

In the wake of the popularity, there has also been growing privacy concerns about the app with rumours claiming that FaceApp was launched to harvest users’ entire smartphone camera roll.

Without much ado, here are five things you should know about the viral FaceApp.

FaceApp is not a new application. It was launched on iOS in January 2017 and on android a month later.

The application went viral when it hit the headlines with its “ethnicity filters.” The filter was removed barely 24 hours after it was uploaded following the plethora of backlashes that met it. Some users described it as “racist”.

FaceApp helps users of iPhone or Android devices to predict what they might look like in a few decades. It does this with the help of artificial intelligence (AI) — an algorithm that takes the input picture of the user’s face and adjusts it based on other imagery.

IT HAS OVER 100 MILLION DOWNLOADS

FaceApp is now among the list of top-ranked applications. More than 100 million people have downloaded the app from Google Play. The application is also the top-ranked on the iOS App Store in 121 countries, according to App Annie. It is believed that FaceApp now has access to over 150 million faces and names.

The “user content” section of the terms of service indicates that while users still own their content, the company owns a full and unending license to do anything they want with the photos.

“You grant FaceApp a perpetual, irrevocable, nonexclusive, royalty-free, worldwide, fully-paid, transferable sub-licensable license to use, reproduce, modify, adapt, publish, translate, create derivative works from, distribute, publicly perform and display your User Content and any name, username or likeness provided in connection with your User Content in all media formats and channels now known or later developed, without compensation to you,” it read.

“You grant FaceApp consent to use the User Content, regardless of whether it includes an individual’s name, likeness, voice or persona, sufficient to indicate the individual’s identity. By using the Services, you agree that the User Content may be used for commercial purposes.”

From the statement above, the issue of privacy seems to be in question. Some application developers and privacy advocates have clamored for caution in the use of the application over its sensitive terms of service.

FaceApp is created by Wireless Labs, a Russian parent company, based in St. Petersburg. However, some of the servers for FaceApp.io are based in Amazon data centers in the United States of America. Some of its other servers are hosted by Google, across other countries, including Ireland and Singapore.

The issue of uploading pictures on the server has also generated questions. Some users claim that the storage of facial photos on cloud by FaceApp could be for nefarious reasons.

However, Yaroslav Goncahrov, FaceApp founder, in a statement on Wednesday said the company deletes most of its images 48 hours after upload. He added that it only upload a photo selected by a user for editing.

“We never transfer any other images from the phone to the cloud,” he said.

“We might store an uploaded photo in the cloud. The main reason for that is performance and traffic: we want to make sure that the user doesn’t upload the photo repeatedly for every edit operation.

“Most images are deleted from our servers within 48 hours from the upload date. We don’t sell or share any user data with any third parties.”

READ ALSO: RONALDO NOT A RAPIST – US PROSECUTORS

Good or Bad? What You Need To Know About Viral FaceApp was last modified: July 23rd, 2019 by Damilare Salami

Top 10 Most Followed Nigerian Celebrities On...

THE THREAD: THE UPSIDES AND DOWNSIDES OF...