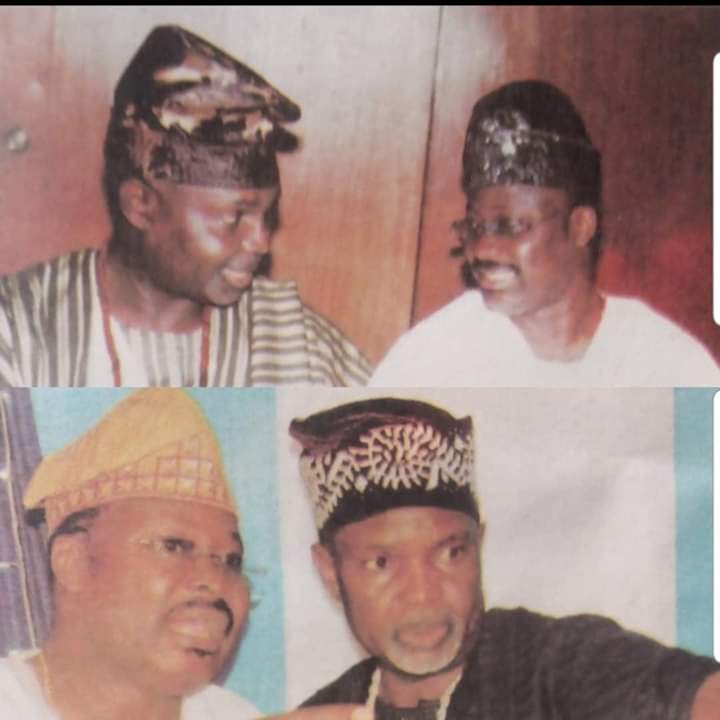 We revered each other and referred to one another as brother, you,the older, by 10 months.

Our first contact was sometime in 1965, through Bayo Adigun, your cousin at Oja ‘Ba, Ibadan. Bayo was a classmate of Seri Adesokan, my cousin at Ile Ekerin Ajengbe, SW1/131, Ibadan.Years later, Bayo transferred to our school, African Church Grammar School, Apata Ganga, Ibadan.

On our first meeting, through Bayo,your good self and I hit it off.We both shared qualities of devotion to education,nattiness,’ Ako'(Elegance,which attracted pretty and brilliant girls), sports, among others.

Before you left for university education in the United States of America, we, Bayo and my cousins, the late Moshood Lakun Bolarinwa, Yekeen Rotimi (Chairman) Haruna Lakun, the late Siaka Oriolowo, Agbaje Ladipo and others, rumbled and ruled our territory.

Our platform of brotherhood and friendship was our great Isale ‘Jebu-Isale Osi (Born Photo) -Oja ‘Ba axis of our dear hometown, Ibadan, capital of Oyo State of Nigeria.

By the time you were posted to Ibadan in 1985, as the District Manager of the former National Oil Plc, I was serving the third of the four Governors of old Oyo State, now retired Brigadier-General Adetunji Olurin, as the Press Secretary. It was,therefore, an easy sail for your official request for a courtesy call on the Military Governor.

In no time, you were on the State Protocol List.Talk of destiny, your good self held the record of the first two-term Governor of Oyo State (2011-2019).

As we say,there is plenty to say,but there is little time.