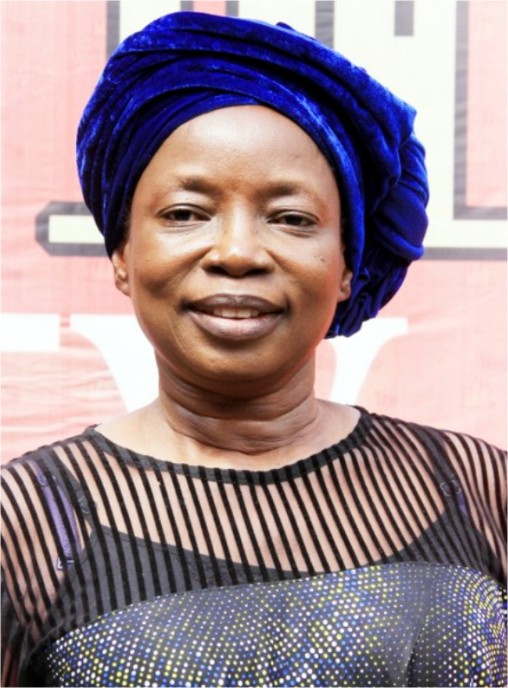 Gospel Music Icon, Evangelist Dr. Dunni Olanrewaju is 60. But you won’t believe it. This is because this beautiful lady who sang the popular Opelope Anointing hit song 20 years ago still look girlie.

She visited City People Magazine office last Friday to talk about her life and music career. She also spoke about how that album changed her life.

She will be celebrating her 60th birthday this week Wednesday 2nd December 2020 at the Chapel of Christ The Light at Alausa, Ikeja, Lagos. Reception follows immediately at The Chapel Hall.

Opelope Anointing was born at Akinyele, a local government area in Oyo State, southwestern Nigeria into a Christian family of the late Isaiah and Deaconess Elizabeth Olaniyi.  She had her primary education in a village called Sannu before she later proceeded to Elekuro Secondary Modern School in Ibadan but left to Ejigbo High School in Lagos State, where she finally dropped out to focus on gospel music. Her debut album titled Adun-Igbeyawo was released in 1998 but was famous for the album title Opelope Anointing, a music she scripted and recorded in one day. She got her appellation, “Opelope Anointing” from this album. She launched her 20th album on October 26, 2014 and in attendance were renowned Nigerian gospel singers, Joseph Adebayo Adelakun, Tope Alabi, Bola Are and Funmi Aragbaye.  In 2010, she established “Opelope Anointing Foundation (OPAF), a charity initiatives, Non-Governmental Organization.

How does she feel at 60, we asked her last week? “I feel happy”, she explained. “I feel grateful to God.

“I have to thank God for his faithfulness about my children & work. Since year 2000, my life has not been the same. I am really happy anytime I remember that year 2000.” Why? What happened? “Year 2000 was the year I released Opelope Anointing. 20 years ago when I was 40. So, I have to thank God for another privilege. I was about to be 40 years of age, then. Now, I am celebrating 2 decades after Opelope Anointing”. We asked her to tell us about the making of the album Opelope Anointing. Did she think it will be a big hit at the time she released the album. “No, not at all. What I remembered is that I told my band members that we want to release this record as if we are on stage, like stage-play. As we entered the studio that day, we didn’t eat anything. We were fasting because we don’t want to experience any mistake. If any mistake occurs we would have a delay and we would have to start all over again. So, with prayers, with fear in my heart, we entered studio and we started from A to Z. And I really thank God. When we finished, everybody clapped. We jumped up. We thank God that it all went well. Immediately we are coming out of the studio we met a lot of people. They came to jubilate with us and one person said, Madam call that record, Opelope Anointing because I wanted to name it Yi O Sa Agolo because of that song I sang, Yi o Sha Agolo lo jape. I thank God, that God gave me that unique new name from that record”. How well did the record perform? What was the response from the marketer? “Haa! We thank God. I had a terrible experience just like those before me. The older artiste kept telling me, Aburo, take it easy. We have gone through all that before. It is not a Bread & Butter thing at all. Its a tough battle”.

Does it mean part of the problem you have been faced with has been the issue of marketing your albums? What can be done? “Only God can help us and our Government can also do something about it. Because if you are an artiste and you decide the fight these marketers, they will finish that person. There was a day they met me in traffic and they threatened to deal with me. I told my driver to speed off. Its only God and I beg our government to do something about it.