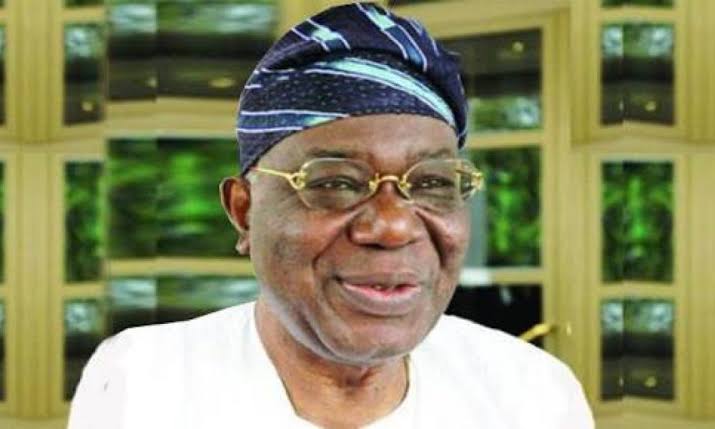 Shonekan, who headed the ING of between August 26 and November 17 1993, breathed his last in Lagos, early Tuesday at the age of 85.

Prince Abiodun, in a statement by his Chief Press Secretary, Kunle Somorin, described the death of the Egba born British-trained lawyer, industrialist and traditional chief, as a colossal loss to Nigeria in general and Ogun State in particular.

He expressed grief that Chief Shonekan, former chairman chairman of the UAC Nigeria Plc., passed on at a period Nigeria needed his experience most as a technocrat.

“Chief Shonekan was a first- class administrator, boardroom guru and astute leader whose imprint in the business and political firmaments can not be erased. His commitment to peaceful resolution and patriotic fervour will live after him.

Chief Shonekan, an Egba traditional chief (Babasale of Egbaland), was a true Nigerian who spent most of his life for the betterment of the country”, the statement said.

While noting that his death has created a huge vacuum in Nigeria, and Egbaland, Gov. Abiodun prayed for the repose of the deceased’s soul and that God will comfort his immediate family and the Egba Traditional Council.

He will be sorely missed.

10 Foreplay That Will Leave Your Woman Ask For More