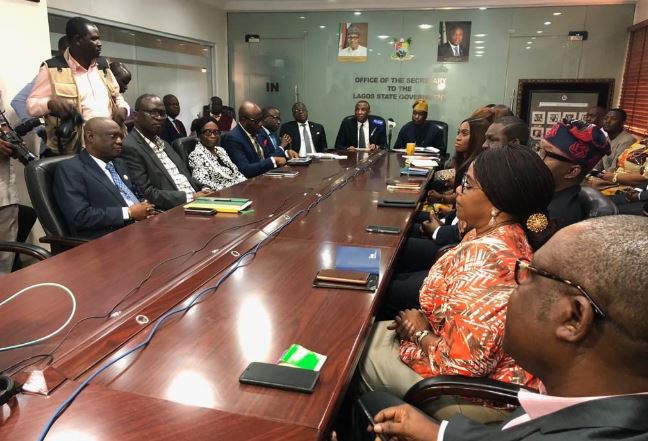 The governor was represented by the Secretary to the State Government, Tunji Bello.

Bello and the deputy governor-elect, Obafemi Hamzat are the co-chairmen of the committee.

The committee is saddled with the responsibility of ensuring smooth transition of power from the outgoing administration to the incoming to be led by Governor-elect, Babajide Sanwo-Olu.