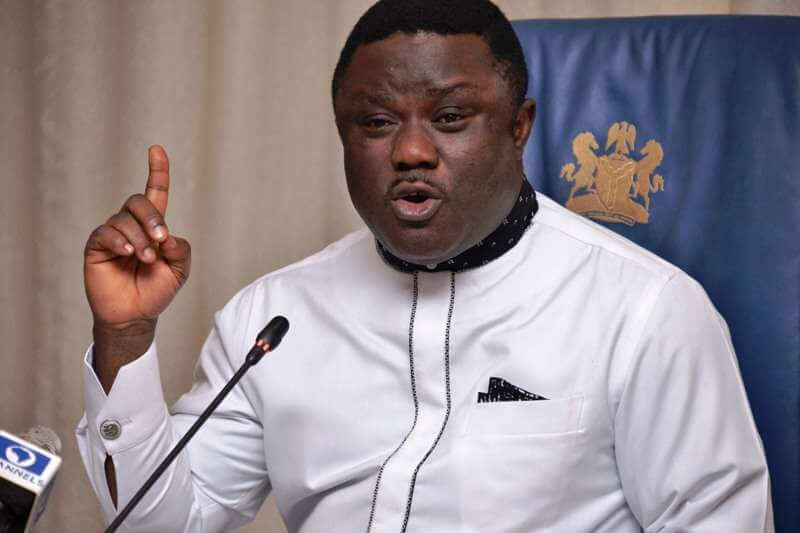 A conspiracy of his unforced errors, which include a botched superhighway plan that should not have been conceived, unpaid workers, and erratic acts by reckless naval and police officers, give the present impression that Cross River is a no go area. Add, to these, the recent admission by the state’s Attorney General that Calabar is now “the transit haven for traffickers” and you are almost tempted to entirely blacklist Ayade as the Governor who has done the most to destroy one of the few states to be handed over in good condition back in 2015.

At a time when Nigerian youth are clamouring for greater involvement in the political process, it is arguable that those who have attained such powers at the moment are doing nothing worthy of note. At 48, Prof Ayade is the second-youngest Governor in Nigeria – the first on that list is the top running candidate for a potential impeachment.

Both are not beds of the same feather; one is an academic of repute, whose credential as an environmental expert speaks for itself. In fact, Prof Ayade should be in the news today for being vocal against Donald Trump’s perceived plan to pull the United States out of the Paris Climate Accord, which he (Ayade) was part of as a leading member of the African delegation. The other Governor was a fortunate civil servant thrust into power by the fortune of circumstance. As much as we are riled by his baffling acts and camouflage antics, we are not on the latter’s case here.

Prof Ben Ayade should know better, he should be doing better. He did say that he was a PDP Governor with a difference, and for the early period of his tenure, the agility and eagerness to perform was visible. We are not sure now if it may have been all for the cameras.

Or was it a show of youthful exuberance? The forced backtrack on his superhighway project, which he should not have begun in the first place knowing the potential implications as an environmentalist, was a monumental blow. That should have been his own Obudu, his Tinapa, now he has to settle for ‘The Ayade Industrial Park’. Having a park named after you just two years into your administration smacks of desperation and triumphalism; we are resisting the temptation to call a Prof’s behaviour childish.

Having endured as much from the Governor, citizens of Cross River chose to voice their frustrations by demanding the state they knew. While the demonstrations may not hold with the Acting President in town on Thursday, he will want to borrow from the goodwill and popularity he’ll be bringing from Abuja to re-lubricate the wheel of his administration.

Until now, it has not been a happy 2017. The demonstrations were a warning. June 1 should bring a fresh start.

GUNMEN IN A PUBLIC SHOOTOUT IN LAGOS ISLAND (WATCH)